Franklin's lightning experiment. Model demonstrating the idea of the experiment conducted by Benjamin Franklin in 1750 on the nature of lightning. Franklin (1706-1790) was an American experimenter in static electricity. He wanted to show that lightning was a form of static electricity and could be drawn from the cloud by means of a tall metal spike. Delays to construction led him to try using a kite instead, and he indeed found that he could charge a capacitor by lightning drawn along a wet cord from the kite. Many later scientists died trying to duplicate the experiment. This model is in the Boston Museum of Science, USA. 1991. 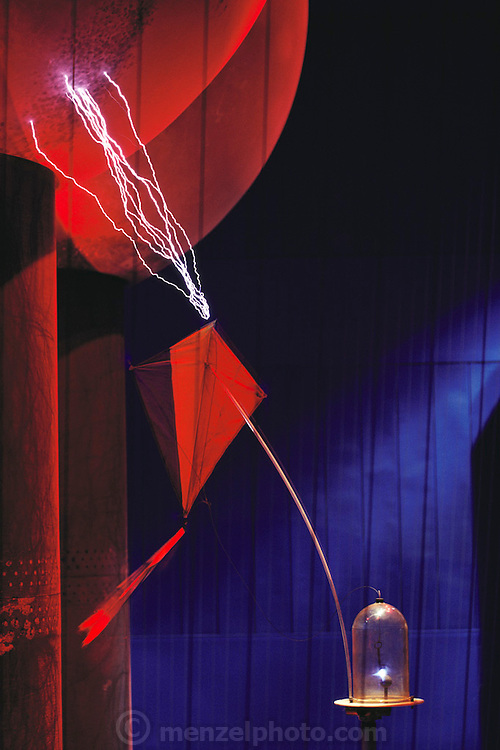