(1992) DNA fingerprinting. Lauren Galbreath, a laboratory technician making a visual check of a DNA autoradiograph (autorads). Autorads are produced by labeling the DNA fragments in an electrophoresis gel with a radioactive marker chemical. The gel is then placed on a piece of X- ray film; the radiation from the marker leaves a dark patch, representing each fragment, on the film after development. Comparison of autorads from two samples of DNA is the method by which a correlation may be made - so-called DNA fingerprinting. Tarrytown New York State, USA. MODEL RELEASED 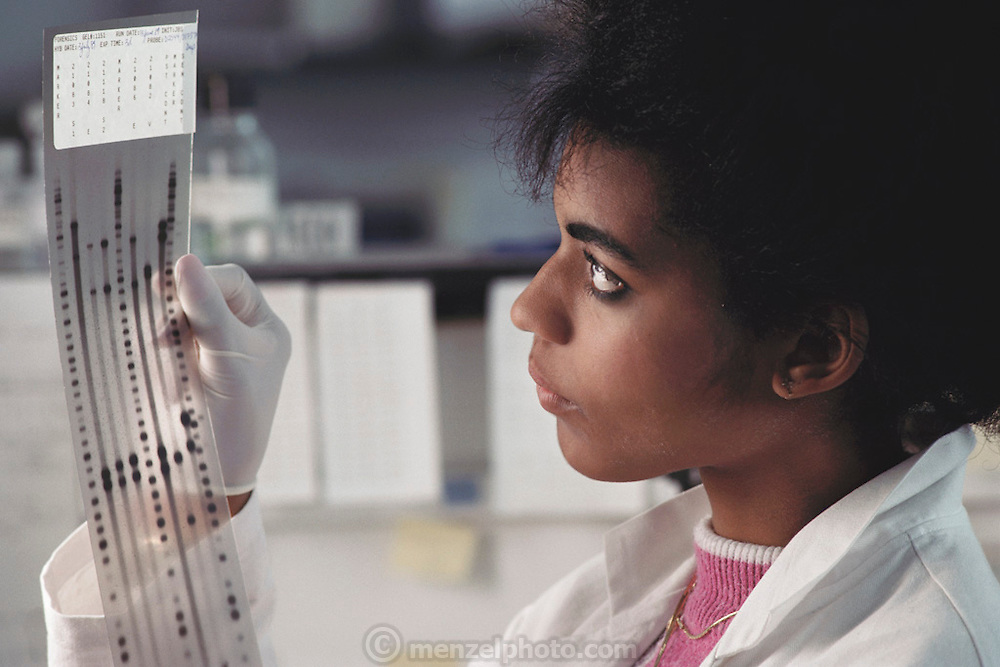