Virtual reality: Michael McGreevy, PhD. in front of a pair of video images of the Valles Marineris of the planet Mars, computer-generated from data provided by the Viking spacecraft at NASA's Ames Research Centre, California. Sophisticated computers & sensors provide the user with a telepresence in the virtual world, through small video screens mounted in goggles on a headset, whilst a spherical joystick controls movement through the virtual landscape. One future Martian application of this system might be in gathering geological samples by remote control using a rover robot. A sensor in the geologist's headset could direct the robot at specific sample targets. Model Released (1990) 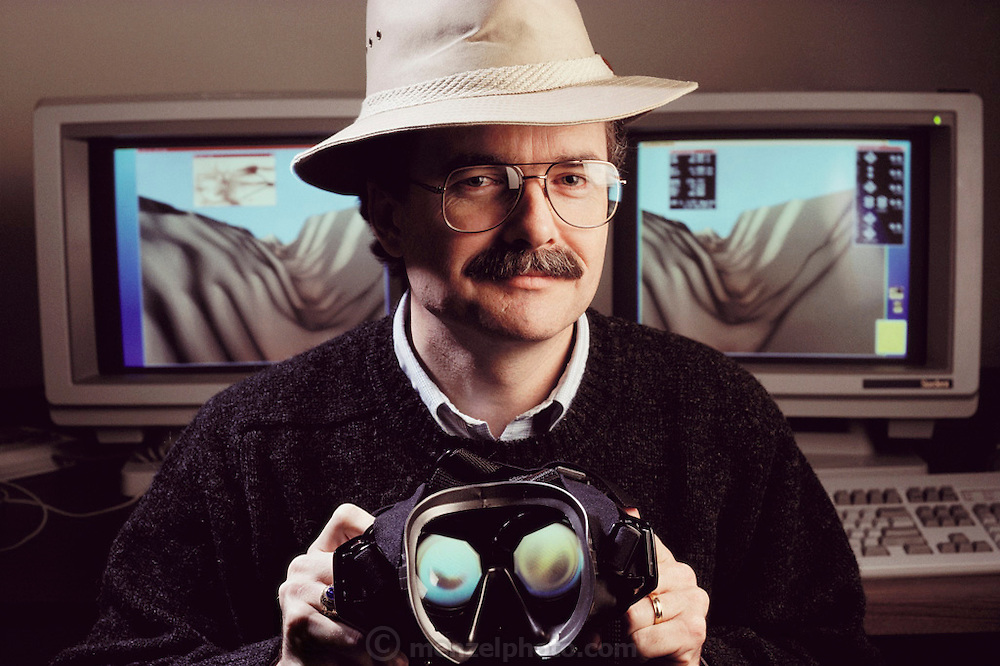