Old transformer turned into a suggestion and payments box for the power company on the U.S. Territory of Guam, an island in the Western Pacific Ocean, the largest of the Mariana Islands. Dead brown tree snakes are draped on it..There are no birds on the Pacific Island of Guam thanks to the Brown Tree Snake. Hungry egg-eating tree snakes have overrun the tropical island after arriving on a lumber freighter from New Guinea during World War II. Besides wiping out the bird population, Brown Tree Snakes cause frequent power outages: they commit short circuit suicide when climbing between power lines. These snakes were electrocuted causing a power outage from 1 to 7 AM on May 19. 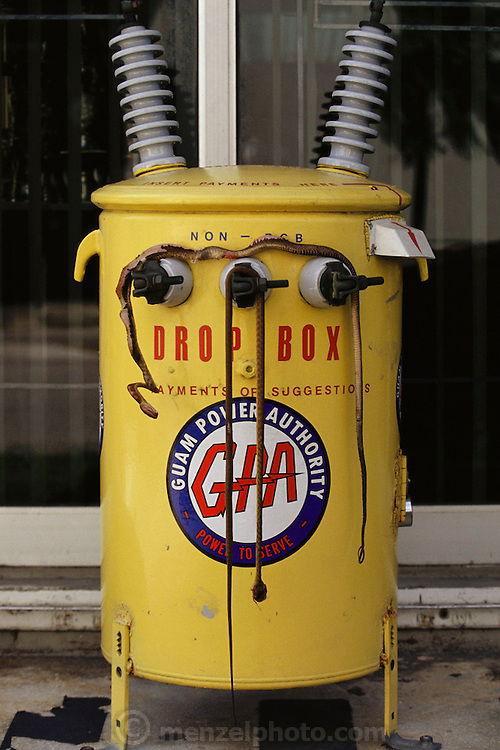