Virtual reality. Harry Marples, Computer Scientist, programming a system that will allow visitors a 3-D guided tour of a new building before it is even built. Plans for a proposed design are fed into a computer, which is capable of displaying them in sophisticated 3-D graphics. Thus the real building is presented by the computer as a virtual one. Visitors wearing special headsets fitted with video goggles and spatial sensors can move from room to room within the virtual space as if they were in the real world. Optical fibers woven into rubber data gloves provide a tactile dimension. Photo taken at the Computer Science Dept., University of North Carolina. Model Released Model Released (1990) 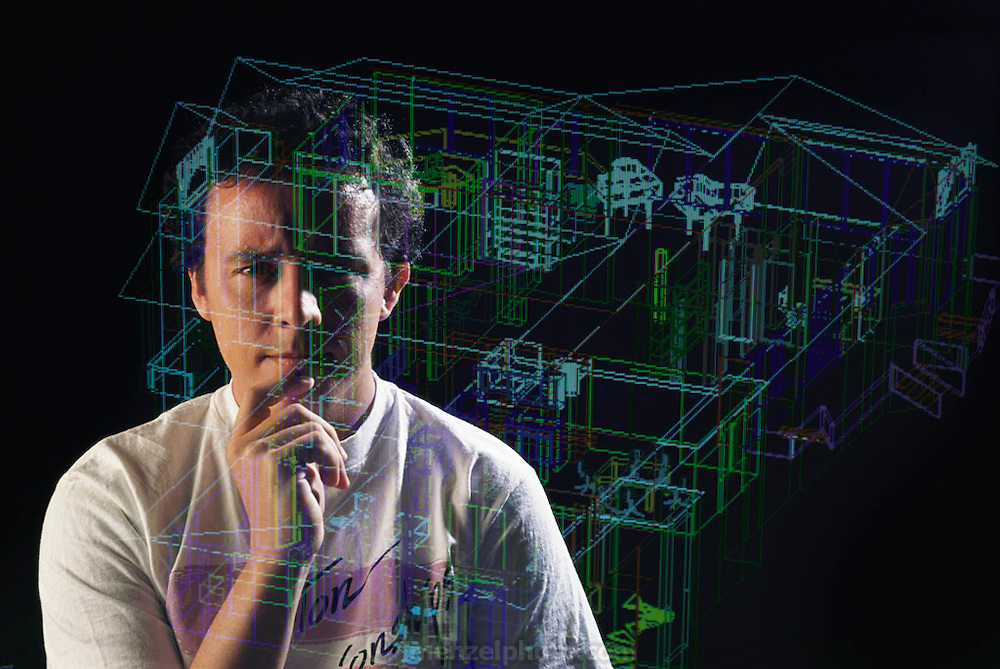