Abdillahi Behi Oday, head of Somali National Pioneer Corps with mine display at Rimfire headquarters? the British company which is coordinating and training the de-mining effort of the Pioneers. He is holding a Pakastani anti-personnel mine, which is the most common one found in the area. Hargeisa, Somaliland. Somaliland is the breakaway republic in northern Somalia that declared independence in 1991 after 50,000 died in civil war March 1992. 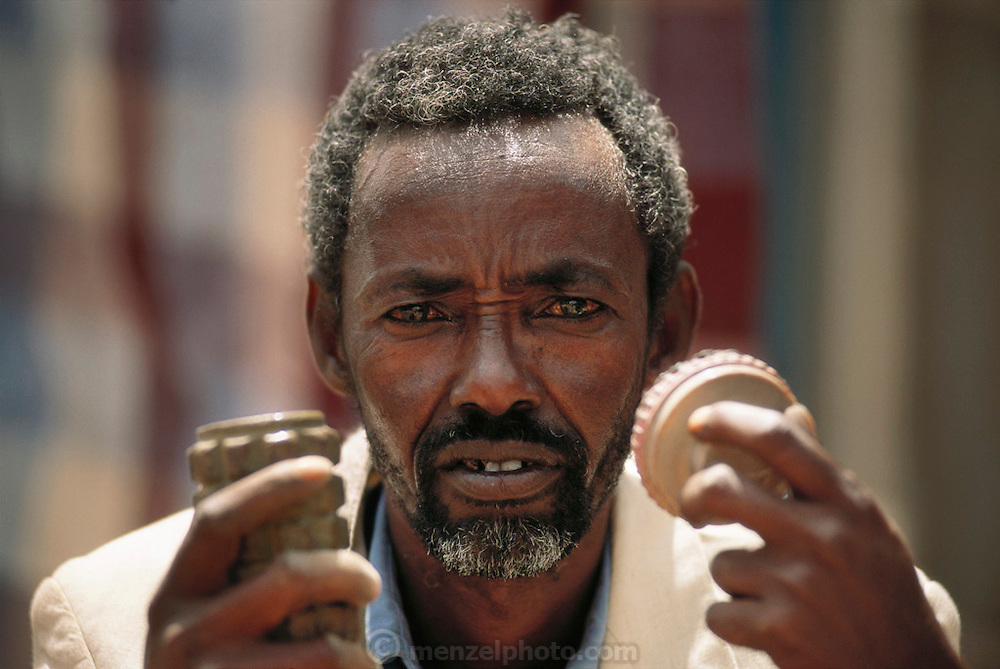