At the Science Museum in Dallas, Texas, school children listen to a docent while watching the animated robot dinosaurs Tyrannosaurus Rex and Allosaurus (made by Dinamation International). Dinamation International, a California-based company, makes a collection of robotic dinosaurs. The dinosaurs are sent out in traveling displays to museums around the world. The dinosaur's robotic metal skeleton is covered by rigid fiberglass plates, over which is laid a flexible skin of urethane foam. The plates and skin are sculpted and painted to make the dinosaurs appear as realistic as possible. The creature's joints are operated by compressed air and the movements controlled by computer. 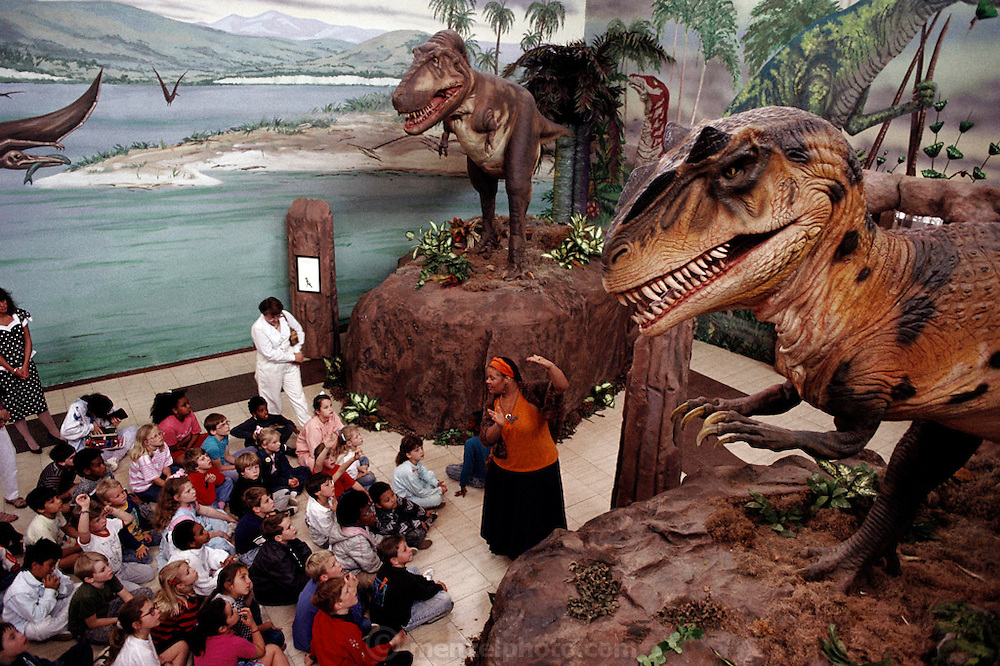