Proton decay experiment to determine the ultimate stability of matter..Proton decay. A technician [works with] a 20" (50cm) photomultiplier tube used in the search for proton decay. Hundreds of such tubes line a tank containing 9000 tons of water some 1000 meters underground in a zinc mine in Japan. Tokyo University's Kamiokande experiment was designed to look for decaying protons. If a proton decays, the charged particles it generates move through the water faster than light, and so generate blue 'Cerenkov' radiation. It is this that the photomultipliers detect. Computers then decide whether the event was a decay, or a collision with a solar neutrino. Japan. (1985) 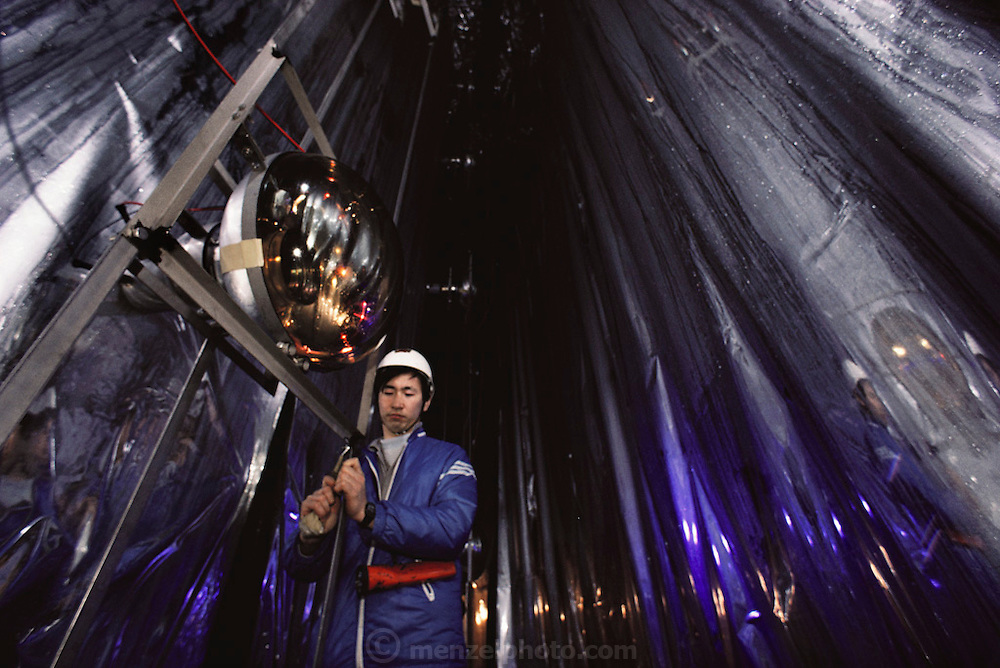