Oil well fire fighting specialists from the Texas company Boots and Coots shield themselves from the intense heat of the fire so that they can more closely direct other workers using equipment on the end of long booms attached to shielded bulldozers in the Kuwait oil fields. The company was one of those brought in to fight the Kuwait oil well fires after the end of the Gulf War. More than 700 wells were set ablaze by retreating Iraqi troops creating the largest man-made environmental disaster in history. Photo taken on July 3, 1991. 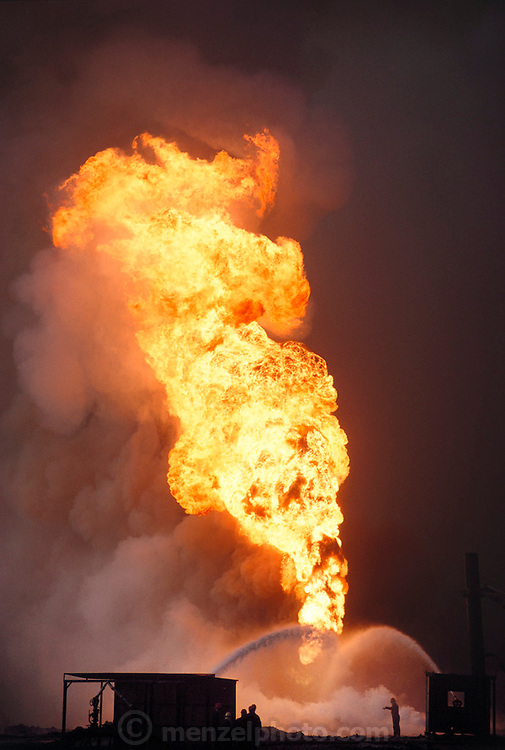