Bill Haeck of Rock Springs, Wyoming is an avid hunter who relies on his artificial myoelectric arm to continue his hobby after losing his arm in an accident. Researchers at the University of Utah gave him a myoelectric arm, which he controls by flexing the muscles in his arm that are still intact. Sensors on the inside of the prosthetic arm socket pick up the faint electrical signals from the muscles and amplify them to control the robot arm. In this way, Haeck can do most things as he did before his accident but he often forgets to charge the battery. Seen here target shooting behind his house. 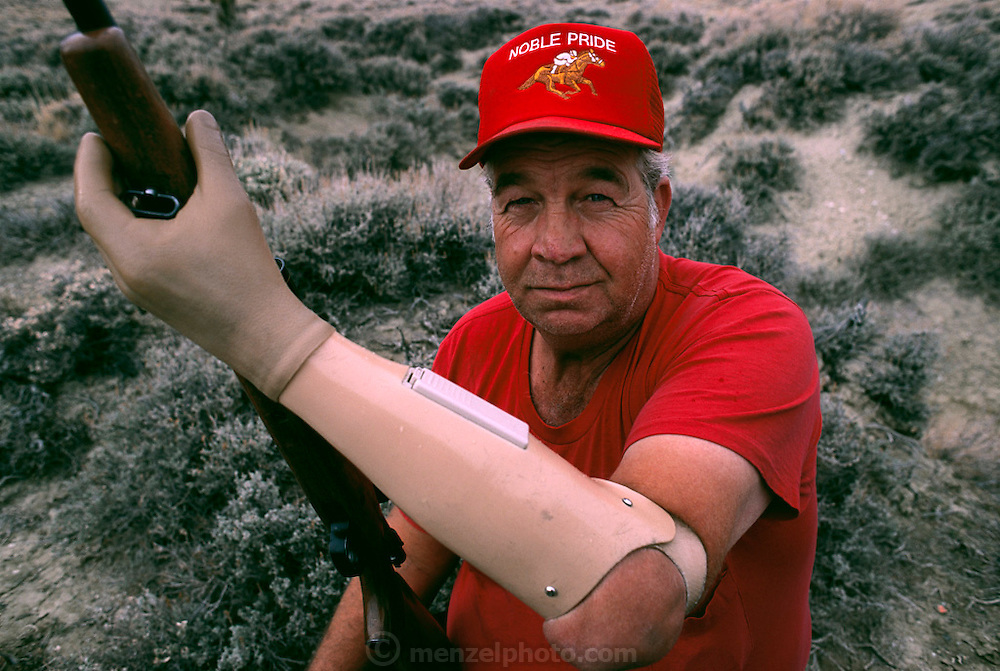