British Explosive Ordinance Disposal Team in an Ahmadi Moslem graveyard loading artillery shells on a truck for disposal. Huge amounts of munitions were abandoned in Kuwait by retreating Iraqi troops in February, 1991. Also, nearly a million land mines were deployed on the beaches and along the Saudi and Iraqi border. In addition, tens of thousands of unexploded bomblets (from cluster bombs dropped by Allied aircraft) littered the desert. 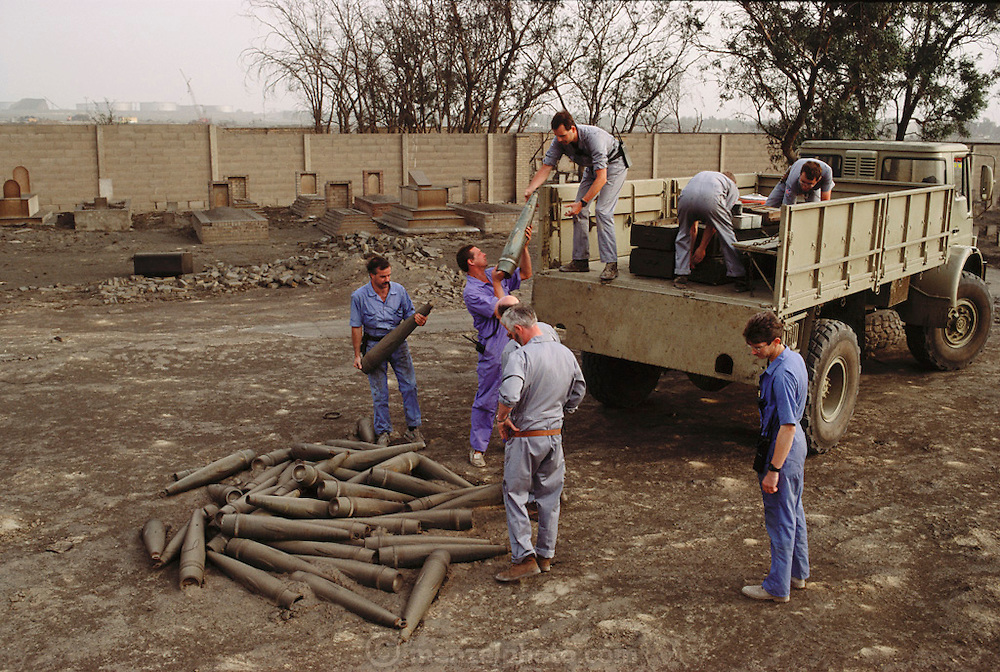