Professional bullfighter Oscar Higares guides his first bull of the day as it charges past his body at full speed at the annual village festival of San Juan in Campos del Rio, near Murcia in southern Spain. (Oscar Higares is featured in the book What I Eat: Around the World in 80 Diets.) After a dozen more passes, he kills the bull on his first attempt, eliciting a standing ovation from the crowd, which awards him the bull's ears and tail. Oscar and the bull spend just under 15 minutes together in the ring (an anxious period in which Oscar must control not only the objective dangers, but also his fear). Each bullfight ends with the killing of the bull by the matador (bullfighter). MODEL RELEASED. 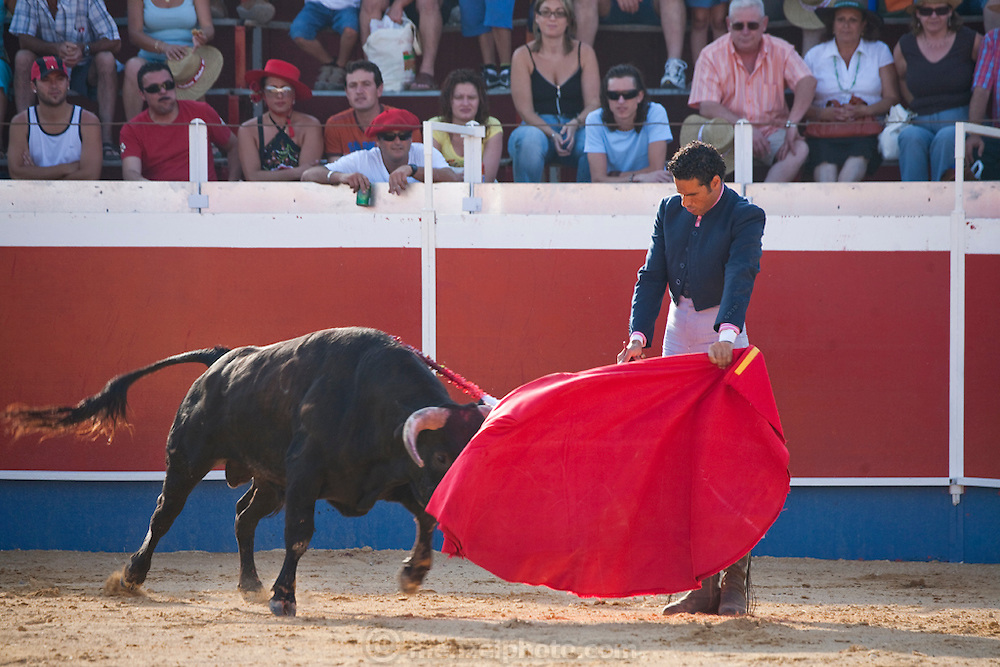