Retired mortician Glenn Dennis who was on duty in Roswell, New Mexico, the night of the purported crash of a UFO outside of the nearby town of Corona peers at the replica of an alien body (a movie prop) in a local museum. Dennis, whose wife doesn't allow the discussion of UFO's in their home, is president of the International UFO Museum and Research Center, in Roswell. Stories about the crash spread and some called the incident a government cover up hiding the existence of alien life forms. Officials said it was a weather balloon. Model Released (1997) . 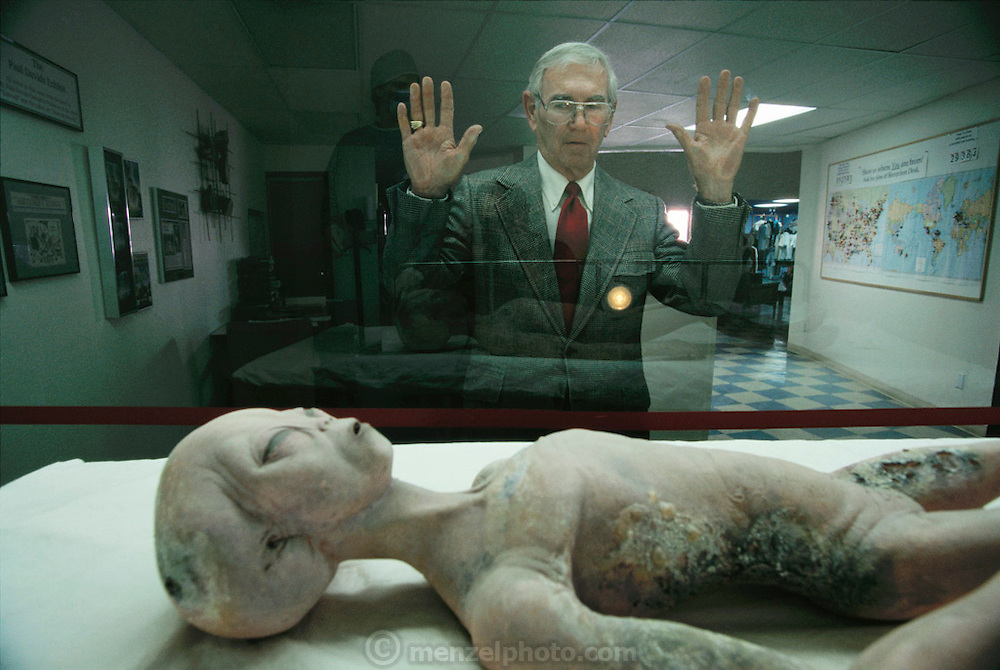