Paleontologists reconstruct the skeleton of a plesiosaur from fossil remain. The pinkish color of the 'bones' shows that they have been opalized, the original bone material replaced with opal (hydrous silicon oxide) to form the permanent fossil. The fossil is about 120 million years old, and was found at Coober Pedy in Australia. The plesiosaur was a marine carnivorous dinosaur, which thrived, in the mid to late Cretaceous Period. Photographed at the Sydney Museum, Australia. [1989] 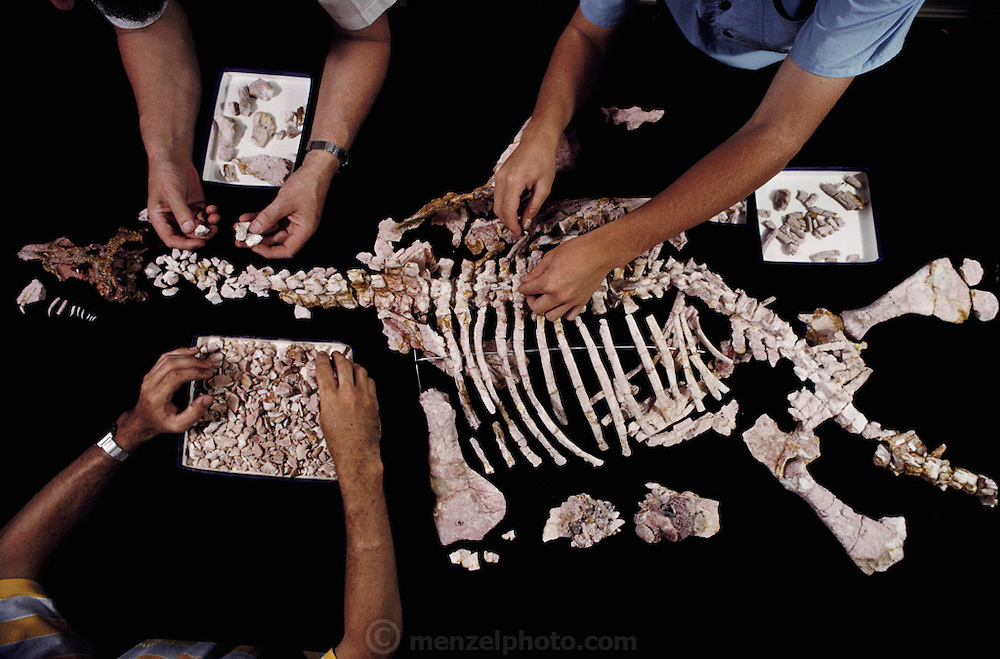