A man practices yoga along the street of pilgrims during the Kumbh Mela Festival, Ujjain, Madhya Pradesh, India. The Kumbh Mela festival is a sacred Hindu pilgrimage held 4 times every 12 years, cycling between the cities of Allahabad, Nasik, Ujjain and Hardiwar. Kumbh Mela is one of the largest religious festivals on earth, attracting millions from all over India and the world. Past Melas have attracted up to 70 million visitors. During the festival hundreds of ashrams set up free cafeterias and dusty, sprawling camps that stretch for miles. Thousands of Hindu pilgrims file past the different groups on the way to and from the river and their own dusty camps. 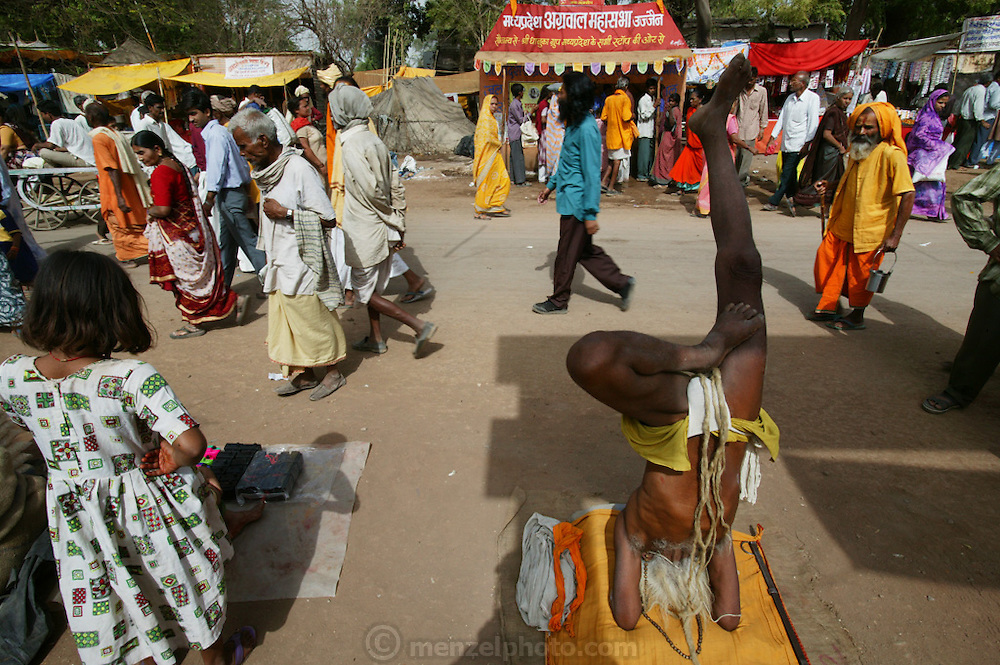