Mark Weiser (b. 1952), director of research at Xerox PARC (Palo Alto Research Center), California. One of Silicon Valley's most visionary computer companies, Xerox PARC is the birthplace of the computer workstation, the mouse and the "graphical user interface" - the now universal system of interacting with computers through windows and icons. Mark Weiser worked on ubiquitous computing (?The most profound technologies are those that disappear. They weave themselves into the fabric of everyday life until they are indistinguishable from it.?) After-hours he was the drummer for a rock band called Severe Tire Damage..He died of cancer in (1997) 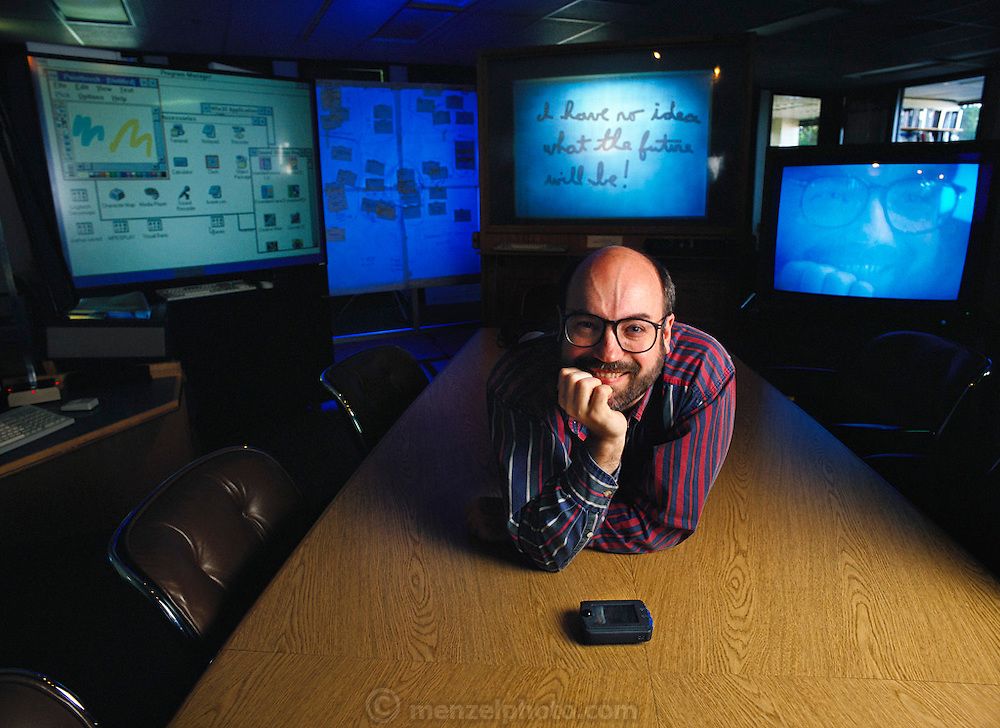