Alien autopsy. Retired mortician, Glenn Dennis, with a replica of an alien body at the International UFO Museum and Research Center in Roswell, USA. The town has tourist attractions around the theme of UFO's. It was near Roswell on 2 July 1947 that many UFO sightings were reported during a thunderstorm. Strange wreckage was found in a field and when the impact site was located, a UFO craft and alien bodies were allegedly found and an autopsy conducted. On 8 July 1947, the Roswell Daily Record announced the capture of a flying saucer. Many Roswell inhabitants, however, believe aliens had arrived. Model Released (1997) 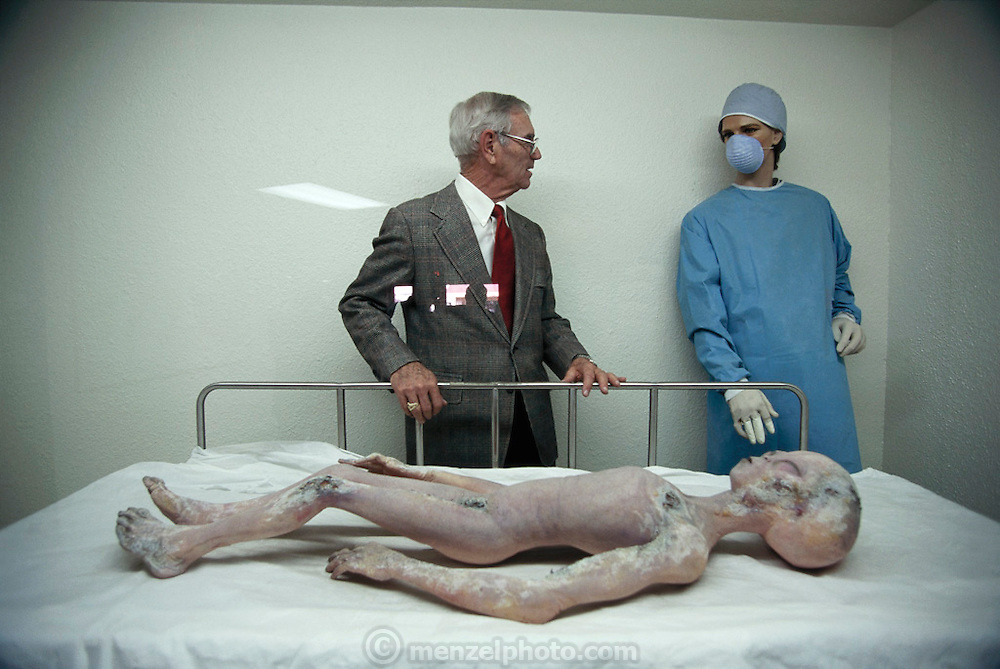