Author Tim Cahill having a cigarette break while viewing the vehicular carnage still remaining on the Jahra Road in July 1991, from Kuwait City to Basra, Iraq. American forces chased and trapped retreating Iraqi forces north of Kuwait City on the night of February 25 and the day of February 26, 1991. These units withdrew via the Jahra road on the way to Basra, an escape route that has become known as the "highway to hell." They were attacked by coalition aircraft and it is estimated that several thousand retreating Iraqis died.. 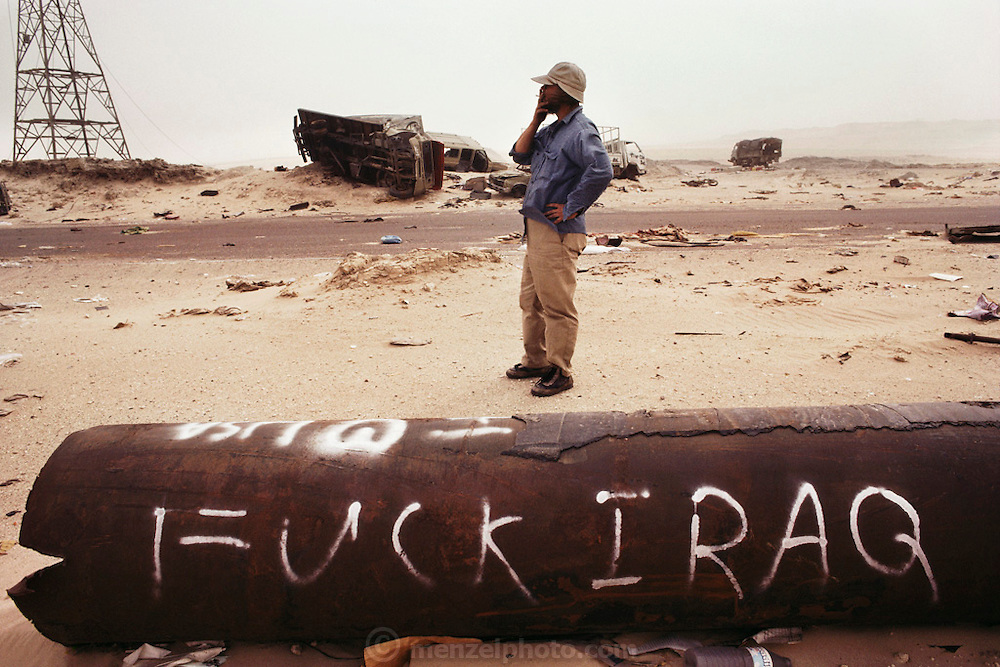