FIRST DAY OF SCHOOL: "GREENREAD" AND "WASTEWATCHER" Photo Illustration for the Future of Communication GEO (Germany) Special Issue. Fictional Representation and Caption: The first day of school for one-year-olds is less traumatic when the learning guide can monitor their progress with infant-friendly "Greenreads", (friendly retro laptops with green-red monitoring LEDs that display learning progress). Getting a jump-start on education is crucial to the future success of a citizen in this very wired world. Moving beyond the abdominal skin speakers to fetal cell phones became so common by mid-century that many children were able to communicate very well by the time they started school at 12 months, even though they had not mastered verbal speech. Photographed at Headzup Learning Center in Napa, California MODEL RELEASED. 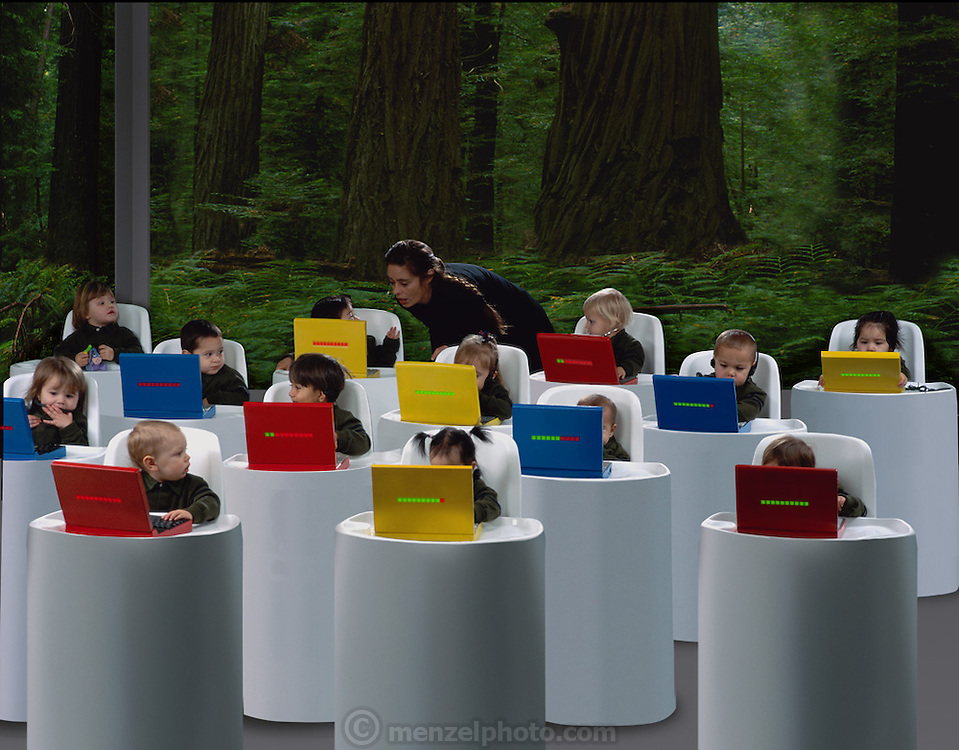