Nano / Micro Technology: Eric Drexler. Portrait of US nanotechnologist and author Eric Drexler. He is seated in front of a computer simulation of a diamondoid molecular bearing model of a robot he designed. This nanotechnology robot is so tiny it is made up of a precise number of atoms (orange and grey spheres). Although still on the frontiers of science, a robot like this may one day assemble molecules one-by-one, eat up pollutants, function as computers the size of a virus, or patrol the human body in search of cancer tumors. Eric Drexler developed the concept of nanotechnology in his books The Engines of Creation and Nanosystems. Model Released [1996] 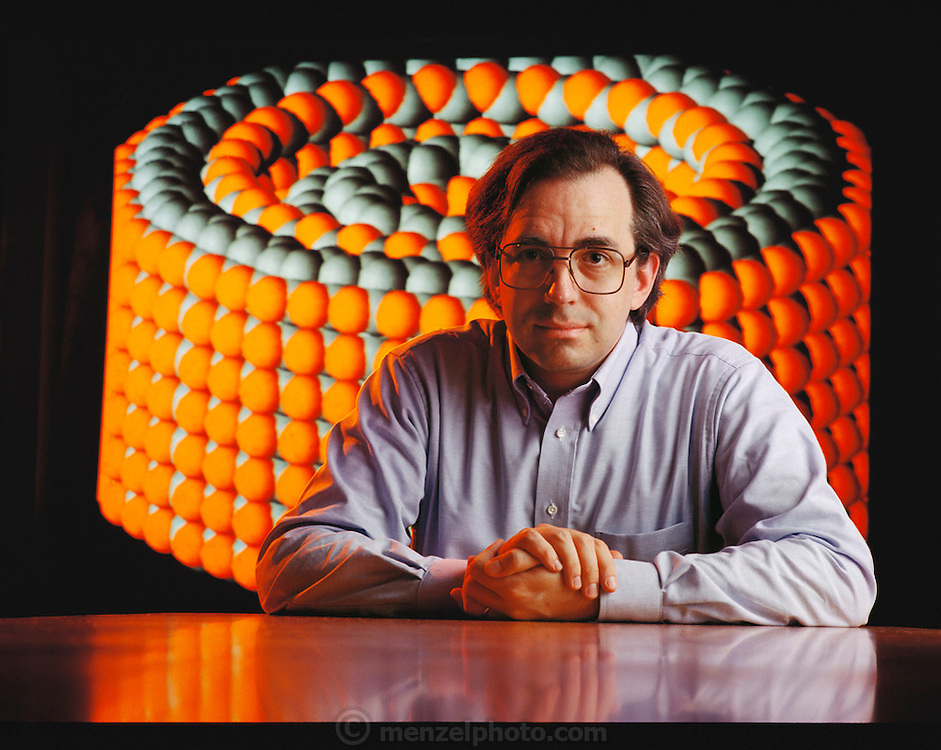