Virtual reality: Rich Holloway wears prototype headset which employs half-silvered mirrors to enable the user to view a projected image of a virtual environment (and thus exist in virtual reality) and also see in front of his nose. A virtual environment is one created by a computer. A person entering such an environment does so with the aid of such a headset, which displays virtual imagery. Tactile interaction with the environment may be made using a data glove, a Spandex garment wired with sensors, which relays movement of the hand & fingers to the virtual environment. Model Released (1990) 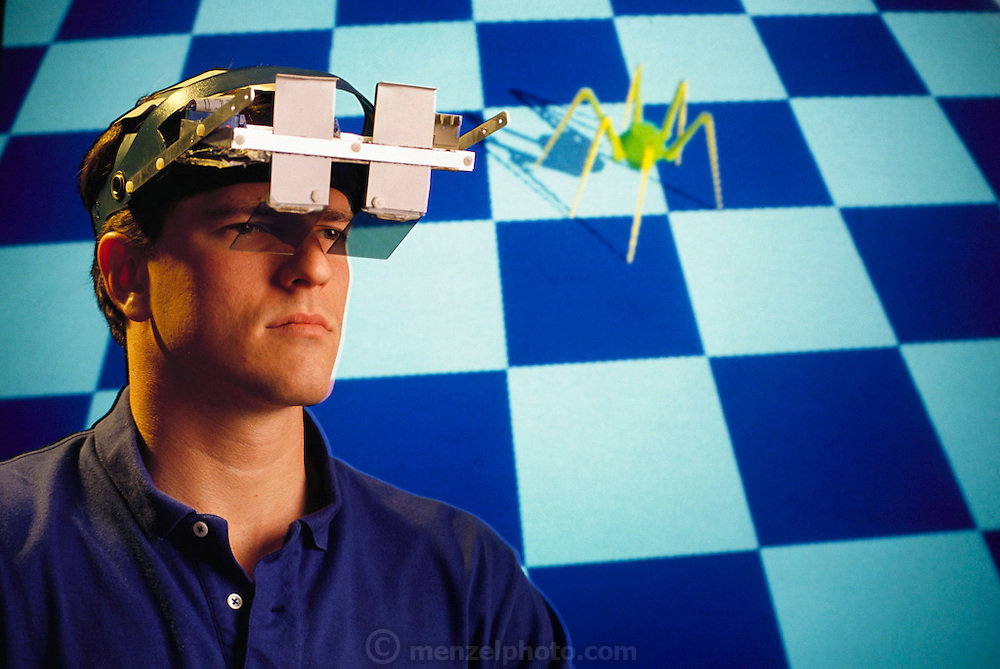