In the water, pike can accelerate at a rate of eight to twelve g's, as fast as a NASA rocket. To scientists, the speed is inexplicable. In an attempt to understand how the flap of a thin fish tail can push a fish faster than any propeller, John Kumph, then an MIT graduate student, built a robotic version of a chain-pickerel?a species of pike?with a spring-wound fiberglass exoskeleton and a skin made of silicone rubber. Now under further development by iRobot, an MIT-linked company just outside Boston in Somerville, MA, the robo-fish can't yet swim nearly as fast as a real pike, suggesting how much remains to be learned. Photographed at the MIT tow tank, Cambridge, MA. From the book Robo sapiens: Evolution of a New Species, page 108-109. 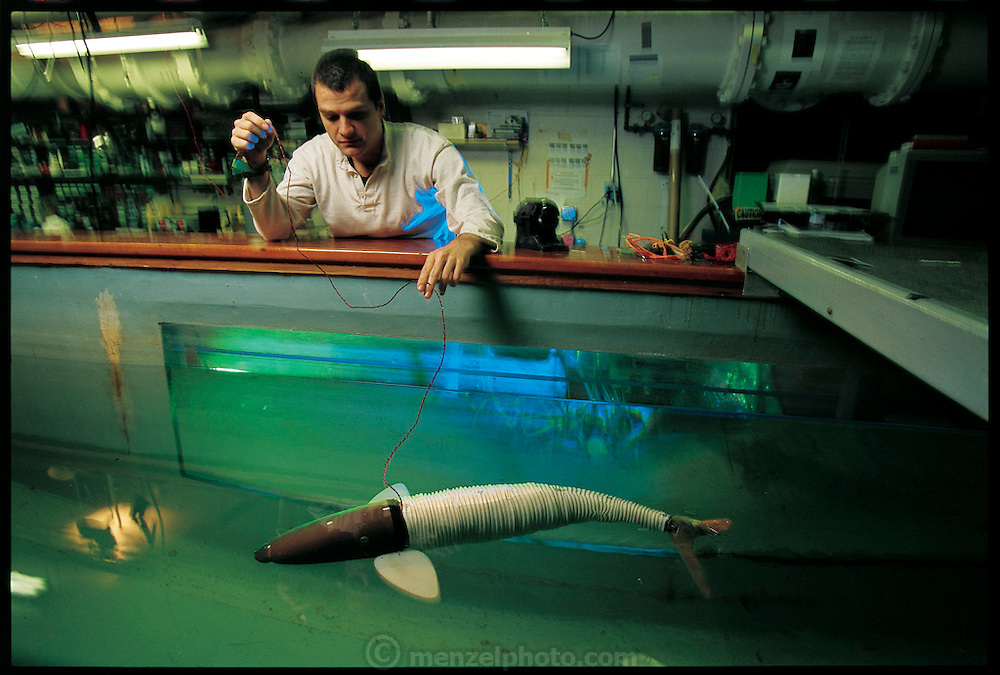