A humpback whale plunges into the ice cold waters of Wilhelmina Bay in the Antarctic Peninsula, near a Zodiac boat that was part of an adventure tourism team from the Scandinavian-built ice-breaker Akademik Sergey Vavilov. The ice-breaker was originally built for the Russian Academy of Science and still used occasionally by scientists, is now predominantly used for adventure touring in both the Arctic and the Antarctic. The ship is currently operated by a Russian crew, and staffed with employees of the adventure touring company Quark Expeditions, and carries around 100 passengers at a time. 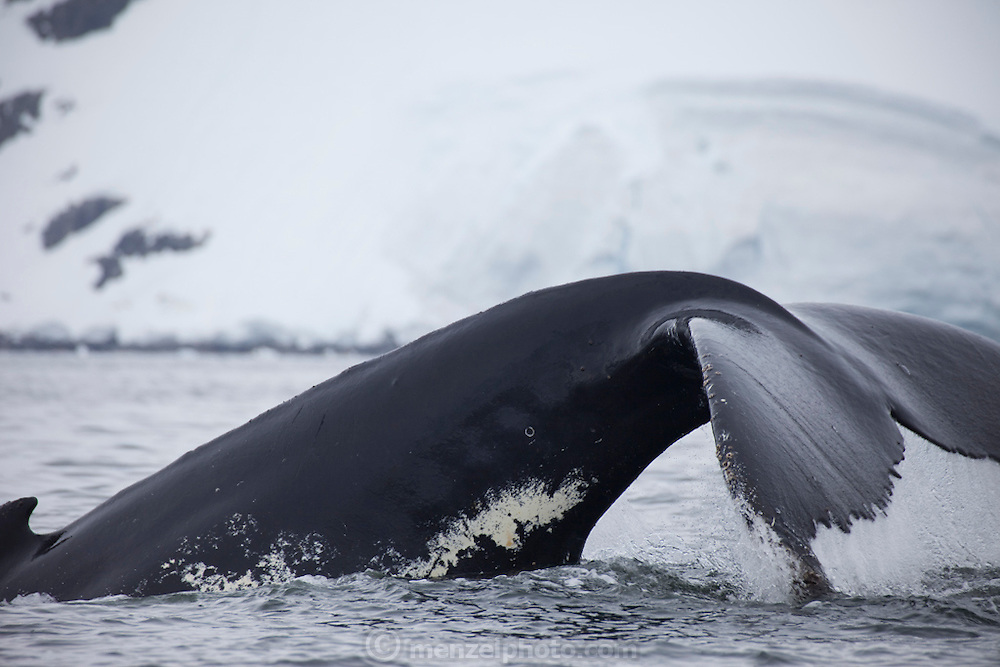