Brown tree snake in bed with a very young sleeping child:every parent's worst fear. photo illustration. .There are no birds on the Pacific Island of Guam thanks to the Brown Tree Snake. These hungry egg-eating snakes have overrun the tropical island after arriving on a lumber freighter from New Guinea during World War II. Besides wiping out the bird population, Brown Tree Snakes cause frequent power outages: they commit short circuit suicide when climbing between power lines. They invade people's homes through the smallest openings. They have emerged from toilets. And they love the smell of babies. Several sleeping infants have been injured by the snake trying to swallow an arm or a leg...For this photo, an expert researcher and handler of brown tree snakes placed a brown tree snake that had been in a refrigerator to restrict its movement (cold blooded animals do not move much when they are chilled) on the bed with the sleeping child and monitored its movement as it warmed up. As it warmed up, the snake sensed the baby's breath and started to move toward it.. 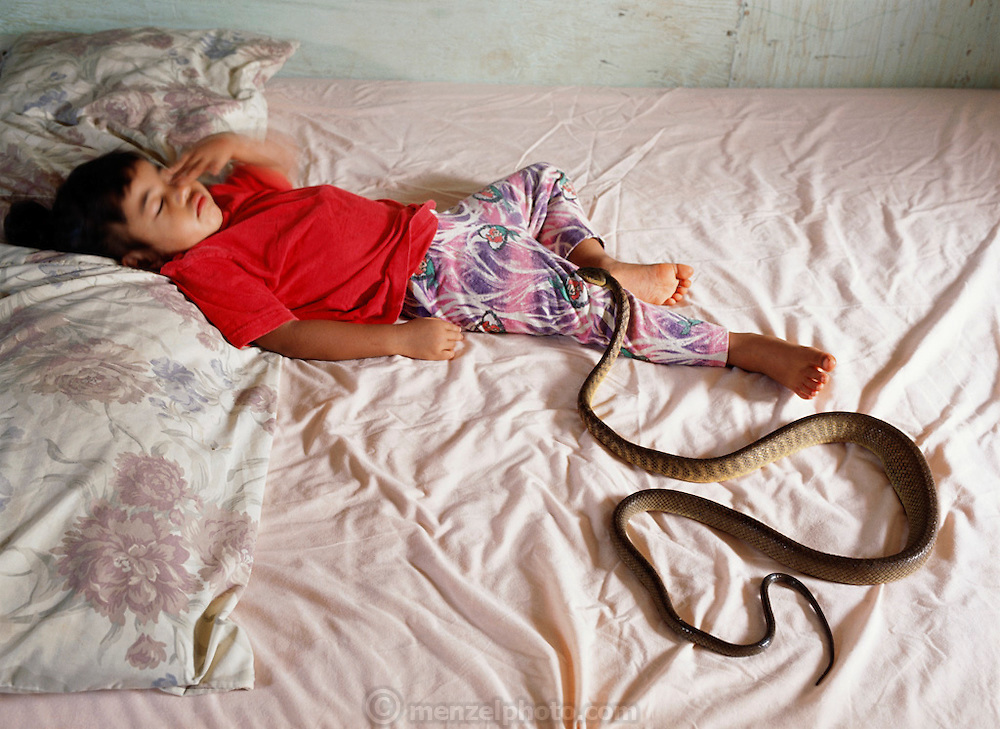