The Natural Resources Defense Council (NRDC]: Seismic Monitor Nuclear test project in The Republic of Kazakhstan. In 1986 the USSR Academy of Sciences allowed the NRDC to install seismic monitoring instruments within a few hundred kilometers of their nuclear test site to verify that the USSR was not testing nuclear weapons underground during the nuclear test ban. By allowing this monitoring on their soil and by monitoring near the Nevada test site in the USA, mutual trust was built that facilitated the end of the Cold War. Karkarlinsk Field lab bore hole seismic monitor. Jon Berger (left], with a technician checks the wiring as a heavy booted Soviet scientist descends the stairs. (1987] 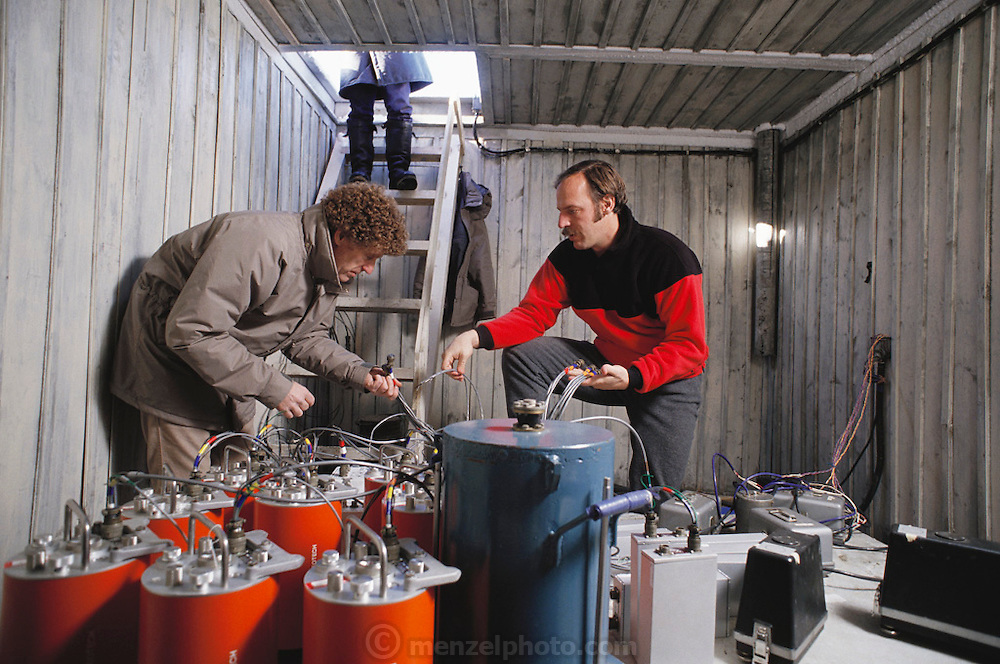