Skycar. M400 Skycar, developed by Paul Moller, founder and CEO of Moller International in Davis, California. According to Moller, it is able to be driven as a normal car, but also has four large turbofans, which provide the thrust to lift it into the air. Once in the air, the fans turn backwards to propel the skycar like an airplane. The Moller team says it will be able to reach speeds of up to 375 miles (600 kilometers) per hour. A computer will actually control the craft, meaning it will require little training. It contains 4160 HP (rotary) freedom engines. MODEL RELEASED. 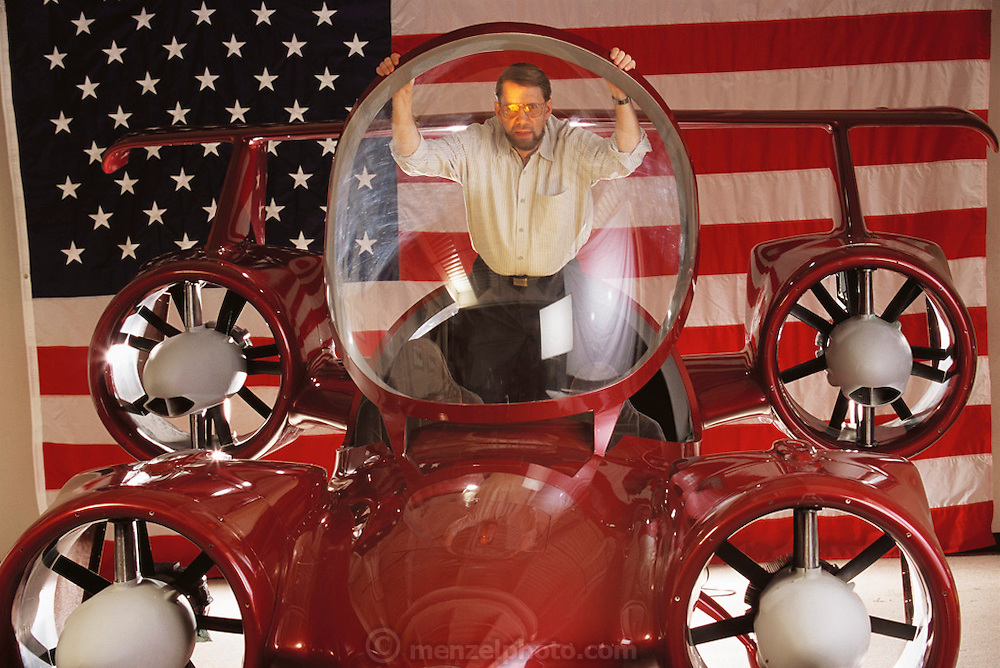