Paul Ross Muir and Philip Murray of the Royal Irish Regiment man a checkpoint that is part of the British effort to secure areas around burning oil wells in Iraq's Rumaila Oil Field, in southern Iraq. The wells were set on fire with explosives placed by retreating Iraqi troops when the US and UK invasion began. Seven or eight wells were set ablaze and at least one other was detonated but did not ignite. The Rumaila field is one of Iraq's biggest oil fields with five billion barrels in reserve. Many of the wells are 10,000 feet deep and produce huge volumes of oil and gas under tremendous pressure, which makes capping them very difficult and dangerous. Rumaila is also spelled Rumeilah. 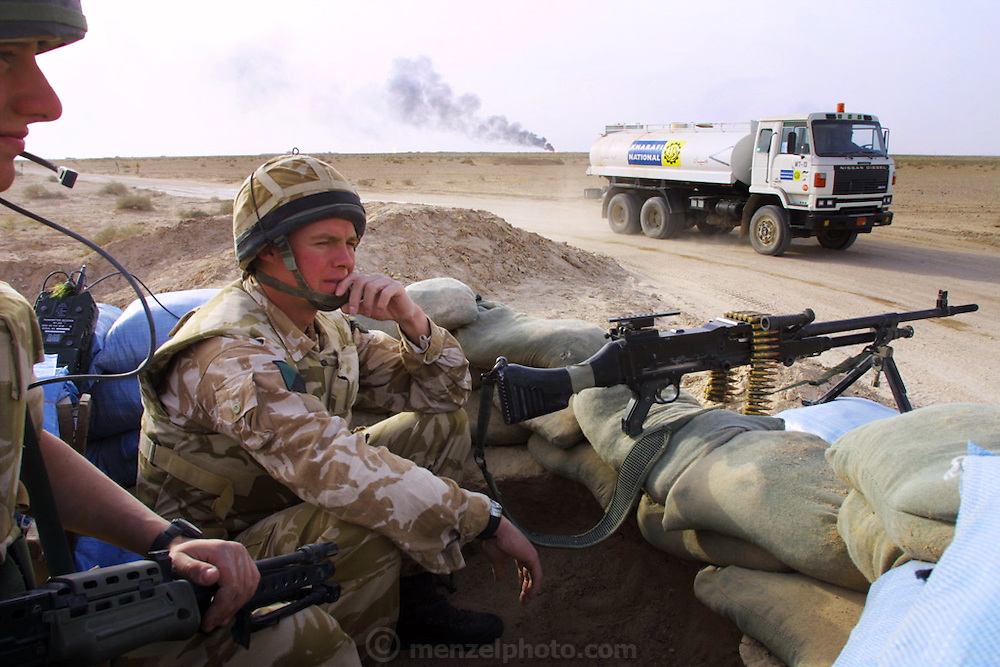