Surrounded by his plans and sketches, designer Tatsuya Matsui (seated) contemplates the next phase in the evolution of SIG, the robot under development by Hiroaki Kitano (standing). Kitano, a senior researcher at Sony Computer Science Laboratories, Inc. and director of this government-funded project, wants to endow SIG with sufficient eyesight, hearing, and processing power to follow instructions given by several people in a crowd. The goal is ambitious, but Kitano is well-placed to achieve it. In 1997, he created the now-famous RoboCup, in which robot teams from around the world meet every year to play soccer in an indoor arena. Japan. From the book Robo sapiens: Evolution of a New Species, page 83. 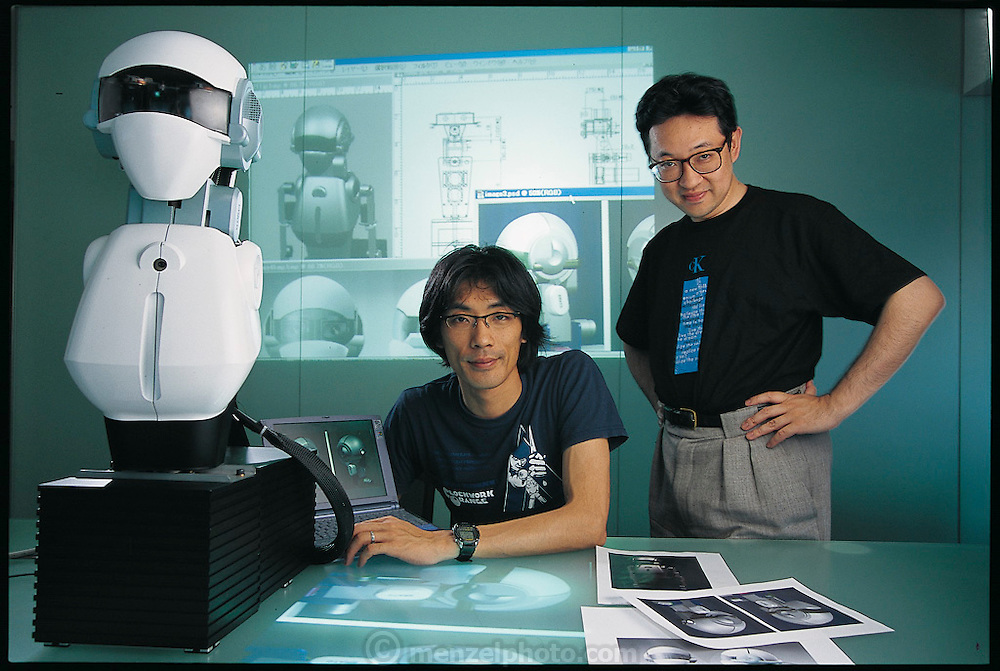