The novelty of owning Japan's first robot dog is not enough to keep Mitsuhiko Nozue's son Masahiko from switching his attention to a Pokemon video game. When abandoned by its owner, AIBO, Sony's new, limited-edition mechanical pet, plays with the ball by itself, delighting Mitsuhiko. The man runs for the 150-page manual that came with the robot pet when AIBO displays any new trick, sometimes leaving Mitsuhiko scratching his head; a puzzlement all too familiar from other encounters with digital gizmos. The latest word is that the Nozue family has named their AIBO Narubo. Yokohama, Japan . From the book Robo sapiens: Evolution of a New Species, page 226. 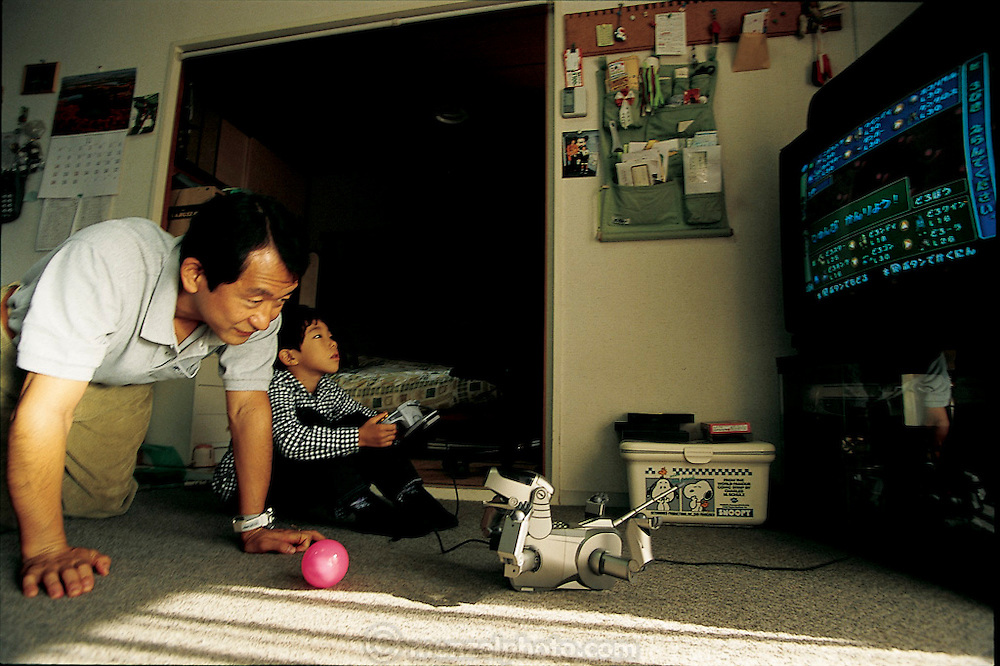