An oil well fire set by the Iraqi's in Kuwait after the end of the Gulf War in the Al Burgan field, March 1991. Larry Flak, the oil well fire coordinator, surveys the damage on one of the more than 700 wells set ablaze by retreating Iraqi troops in the largest man-made environmental disaster in history. A month after this photo was taken, the $20 billion effort to extinguish the fires began. Each day, in this oil field alone, the loss was estimated at 5 to 6 million barrels a day. This photo was made at mid-afternoon when the smoke from the fires made the desert as black as night. More than 700 wells were set ablaze by retreating Iraqi troops creating the largest man-made environmental disaster in history..Kuwait: Burning oil fields set by Iraqis. 10 am. 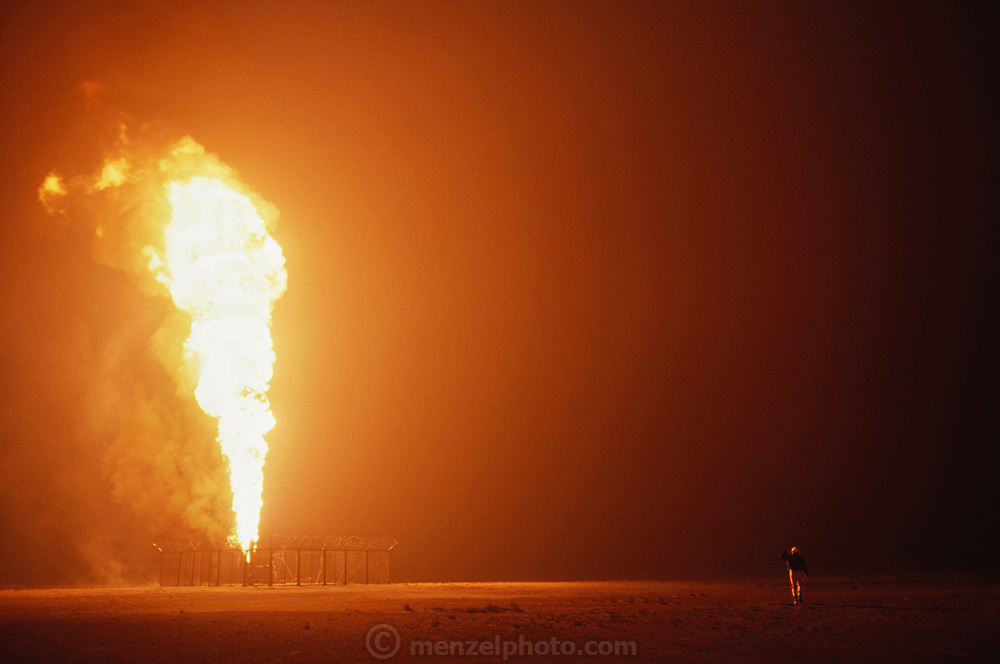