Biosphere 2 Project undertaken by Space Biosphere Ventures, a private ecological research firm funded by Edward P. Bass of Texas. Biosphere candidate Roy Walford, former pathologist at UCLA Medical School studying aging on three-year-old mice that have restricted and unrestricted diets (left to right, respectively). The conclusion was that mice on a calorically restricted diet were healthier and lived longer. (This study was done by Walford in Los Angeles). Walford authored a book titled The Anti-Aging Plan. He died in 2004 at age 79 of ALS. Walford had been involved in the Project since 1983, and had set up the Biosphere's medical centre. Biosphere 2 was a privately funded experiment, designed to investigate the way in which humans interact with a small self-sufficient ecological environment, and to look at possibilities for future planetary colonization. MODEL RELEASED 1990 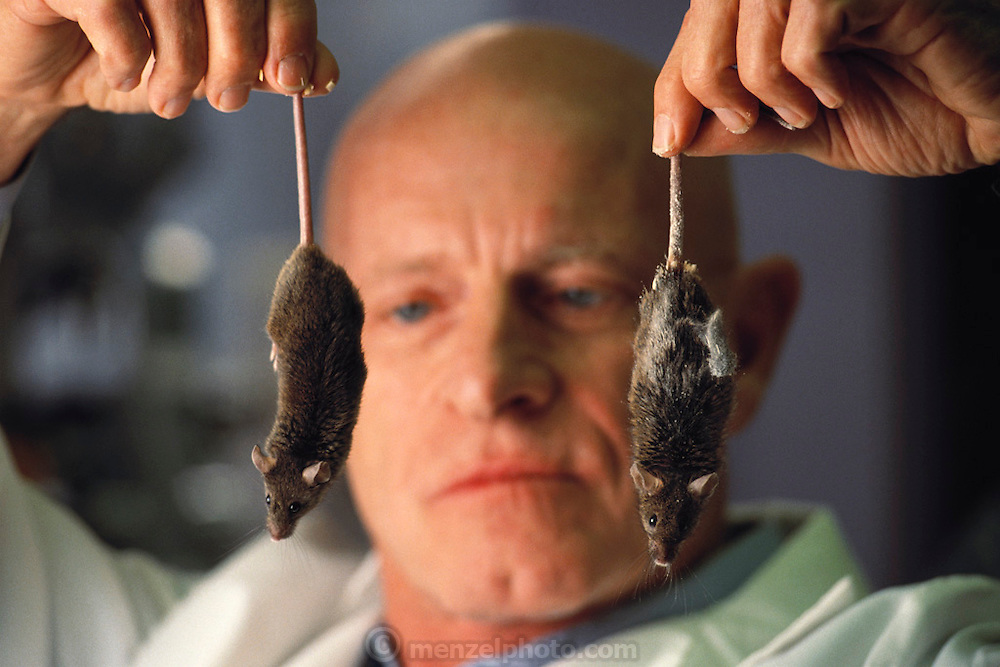