Virtual reality: Warren Robinett wears a prototype (1st generation) headset. Virtual environments are generated by computer systems to allow users to interact with in similar ways as they might with a real environment. The computer environments are displayed to their users using sophisticated graphics projected through small video monitors mounted on the headset. In addition, some headsets have a sensor which instructs the computer of the wearer's spatial aspect, that is, in 3-D. This particular model features displays with half-silvered mirrors that allow the user to see the computer image & look ahead. Model Released (1990) 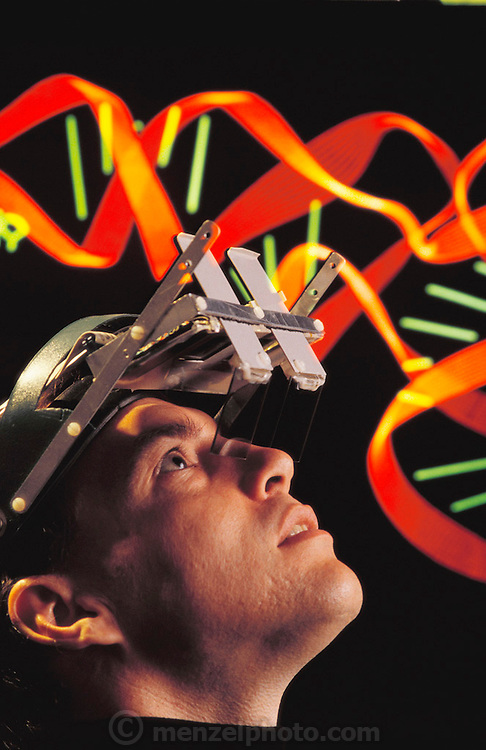