In March, 1991, heads of the three Texas oil well fire fighting companies made their first trip to Kuwait to survey the damage of the burning oil fields set ablaze by retreating Iraqi troops in February. Here in the Al Burgan field in mid afternoon, it was as dark as a moonless night due to the heavy thick smoke. The only light came from the more than 300 flaming oil wells and the truck headlights. It was raining soot and unburned oil. It was estimated that 5 or 6 million barrels of oil were being lost every day in this field alone. Huge oil lakes were forming. The men in the photo are: Boots Hansen (white jacket, Boots and Coots), Raymond Henry (Red Adair Company, red coveralls), Joe Bowden (Wildwell Control, yellow coveralls), and Larry Flak (oil well fire coordinator, black jacket). 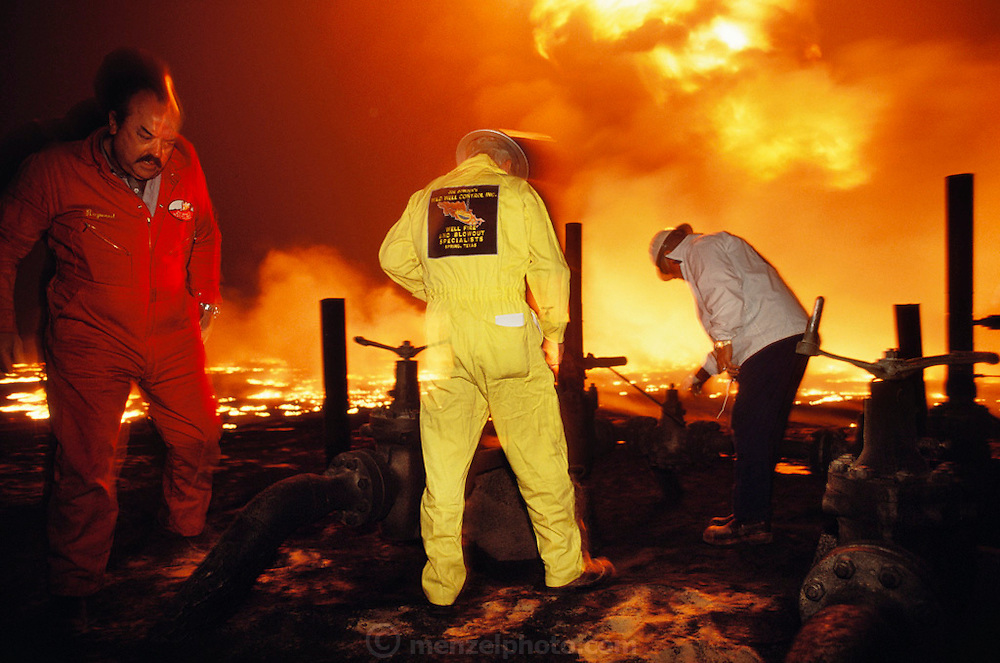