William R. Brazel holds a photograph of his father, the rancher who found the wreckage of what has been purported to be the crash of a UFO outside Roswell, New Mexico, in 1947. It was near Roswell on the evening of 2 July 1947 that many UFO sightings were reported during a thunderstorm. Next morning a rancher, Mac Brazel, discovered strange wreckage in a field. When the impact site was located, a UFO craft and alien bodies were allegedly found. On 8 July 1947, the Roswell Daily Record announced the capture of a flying saucer. The official explanation was that it was a crashed weather balloon. Many Roswell inhabitants, however, believe this a cover up, and Roswell has become a symbol for UFO enthusiasts. Model Released (1997). 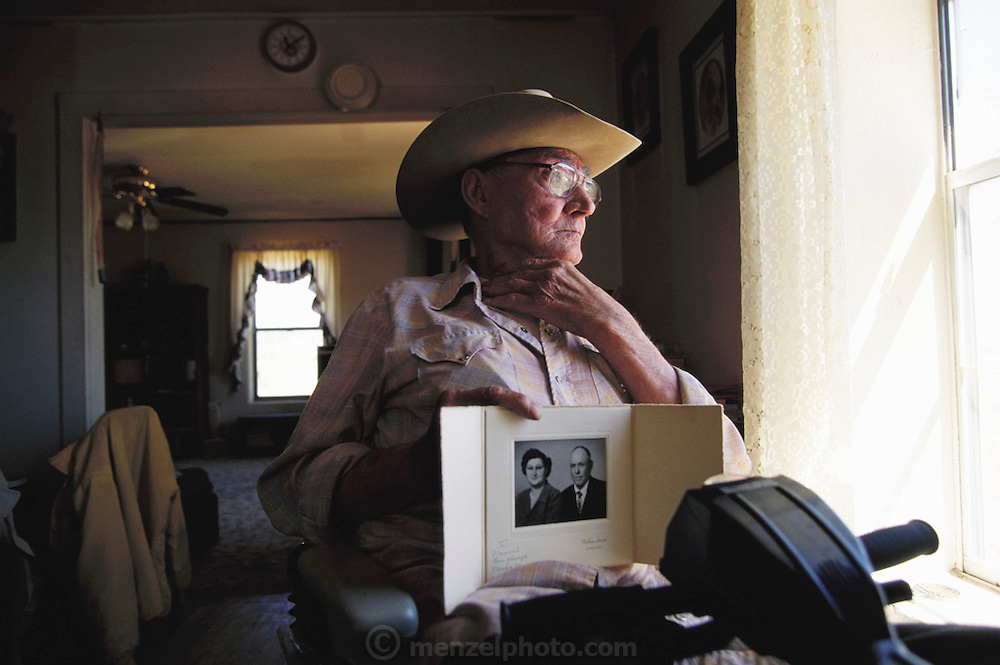