Silicon Valley, California; Woodside, T.J. Rodgers, president & CEO of Cypress Semi Conducters, at home in his new multi-million dollar Woodside home. Rodgers is President and C.E.O. of Cypress Semiconductor. Outspoken, right-wing, once called the "meanest boss in America" by a magazine. Rodgers is a fervent football fan of the Green Bay Packers, he has an autographed helmet from quarterback Bart Star, which he is wearing for this photo. Model Released (1999). 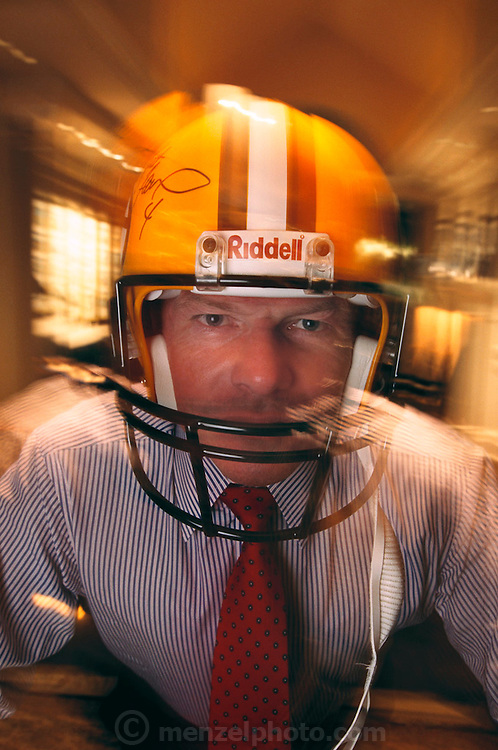