Lightning bolt across the sky from an approaching afternoon thunderstorm, seen from camp at Dinosaur Cove, Cape Otway, Southern Australia. Dinosaur Cove is the world's first mine developed specifically for paleontology - normally the scientists rely on commercial mining to make the excavations. The site is of particular interest as the fossils found date from about 100 million years ago, when Australia was much closer to the South Pole than today. [1989] 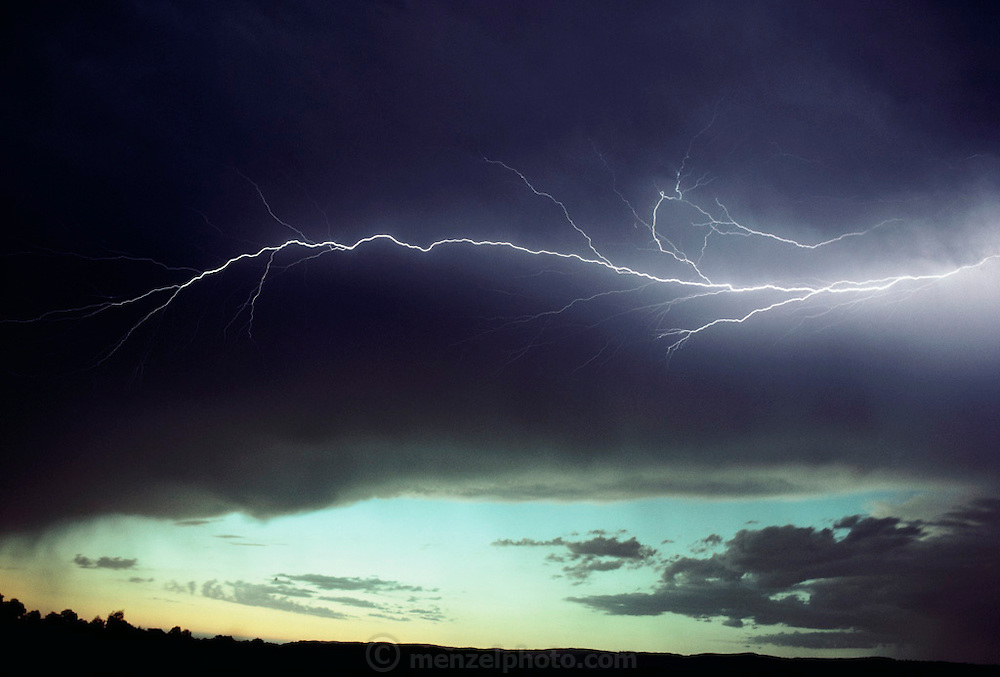