A painted pachyderm pauses for a snack of discarded cauliflower leaves and receives blessings from an admirer during the Kumbh Mela festival, Ujjain, Madhya Pradesh, India. Elephants, like cows and other animals, are shown respect throughout India, and Hindu deities are often represented in their form. (From the book What I Eat: Around the World in 80 Diets.) The Kumbh Mela festival is a sacred Hindu pilgrimage held 4 times every 12 years, cycling between the cities of Allahabad, Nasik, Ujjain and Haridwar. Participants of the Mela gather to cleanse themselves spiritually by bathing in the waters of India's sacred rivers. Kumbh Mela is one of the largest religious festivals on earth, attracting millions from all over India and the world. Past Melas have attracted up to 70 million visitors. 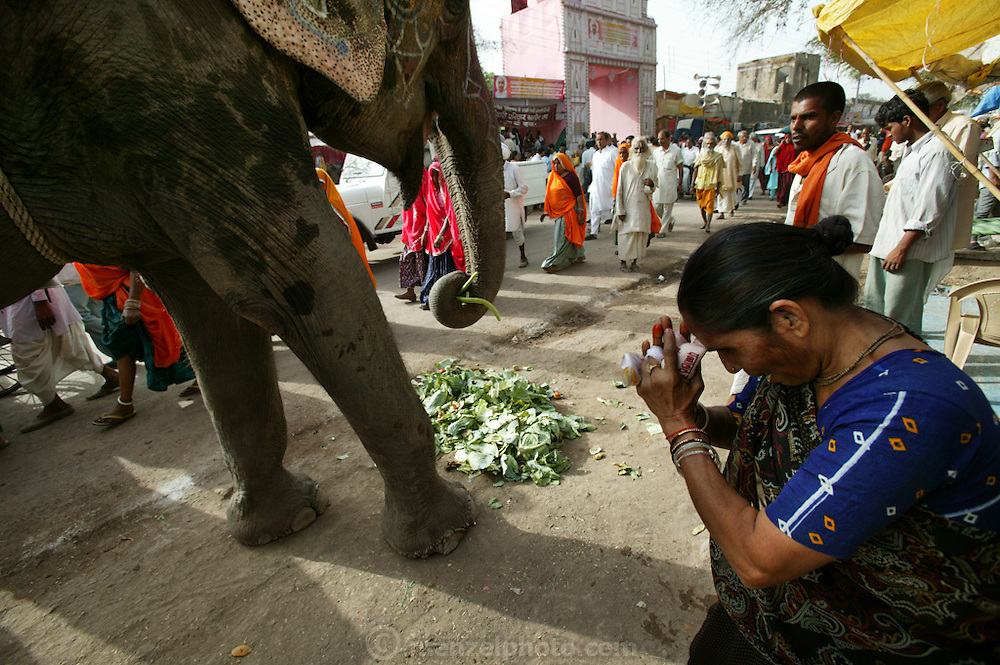