Bone of a mammoth. Paleontologist George Corner carries the fossil elbow (ulna) bone of a mammoth, Mammuthus columbi. Racks of mammoth jawbones and teeth can be seen in this room at the University of Nebraska State Museum, USA. Mammuthus columbi (Columbian mammoth) was an elephant-like mammal, which roamed temperate parts of North America more than 10,000 years ago, when it became extinct. This species stood 4 meters high, and was an important later relative of the woolly mammoth of Europe and Siberia. The bone was discovered in northwest Nebraska between mammoth fossil jaws. This State Museum houses the largest mounted Mammuthus columbi skeleton in the world. MODEL RELEASED (1992) 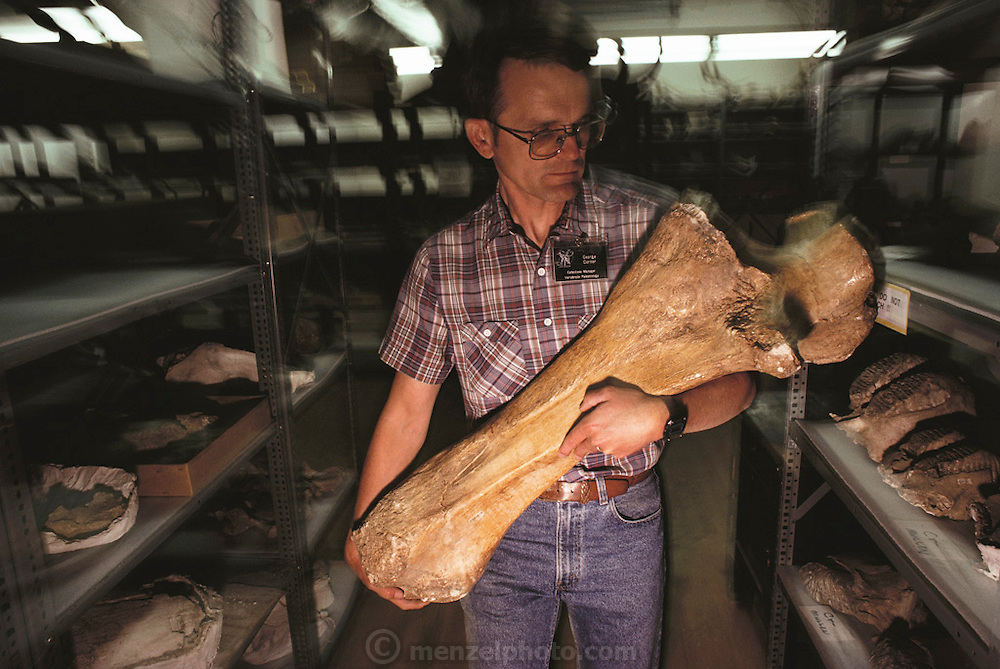