In the same building as Robert Full at UC Berkeley is Michael Dickinson, whose email address "FlymanD" is revealing. Dickinson is a biologist specializing in the study of the aerodynamics of flapping flight. His bizarre studies of fruit fly flight are fascinating. In one small room sits a Plexiglas tank filled with two metric tons of mineral oil. Suspended in the oil are giant mechanical models of fruit fly wings, RoboFly. Because the tiny movements of the wings of a real fruit fly displace air on such a small scale that the air acts sticky, RoboFly enables Dickinson to study similar forces when the giant wings are flapping in oil. 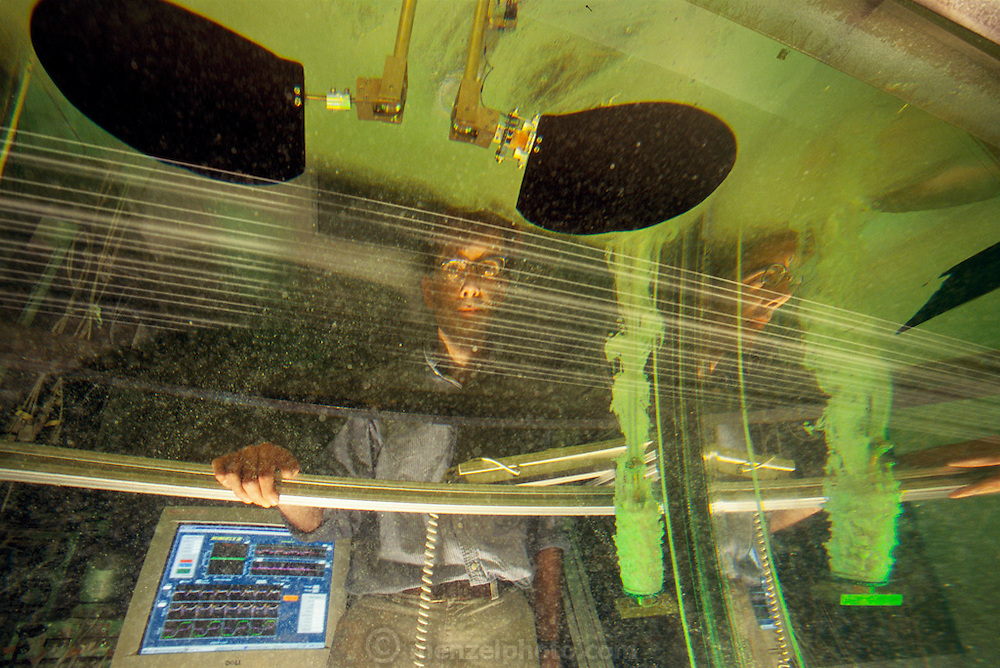