(1992) DNA testing of a mummy's foot. Dr. Svante Paabo takes a sample from a mummified foot for analysis by DNA sequencing. DNA obtained from the foot was compared with DNA from present day Egyptians and people from surrounding countries. This is part of research into the amount of ethnic mixing within the population of the upper Nile region. The mummy is about 2000 years old. University of California at Berkeley. DNA Fingerprinting. MODEL RELEASED 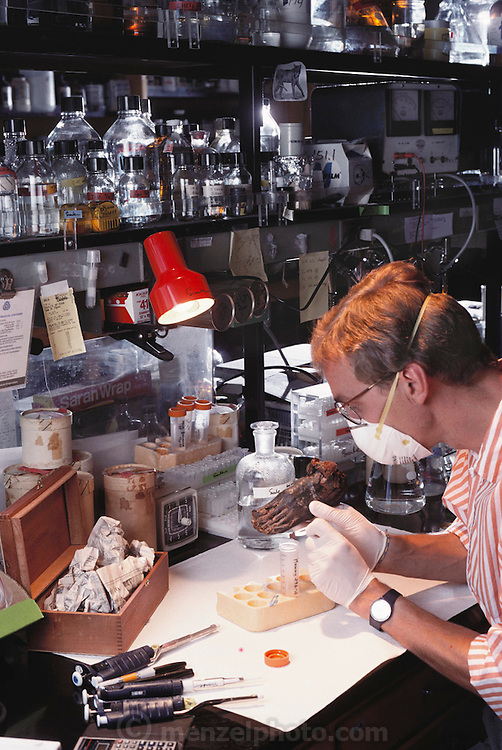