This is the "iodine cell," a device developed and perfected by Butler, Marcy, and instrument specialist Steven Vogt of the University of California, Santa Cruz. When light from a star passes through the iodine, molecules in the hot vapor absorb parts of the light at very specific energies. Then, a specially etched slab of glass spreads the starlight into a glorious rainbow spectrum?like a prism held up to the sun, but with exquisitely fine detail. Because the iodine has subtracted bits of the light, a forest of dark black lines covers the spectrum like a long supermarket bar code. "It's like holding the star up to a piece of graph paper," McCarthy says. "The iodine lines never move. So if the star moves, we use the iodine lines as a ruler against which to measure that motion." Iodine cell. Lick Observatory on Mt. Hamilton. San Jose, California. 120-inch telescope. Exoplanets & Planet Hunters. 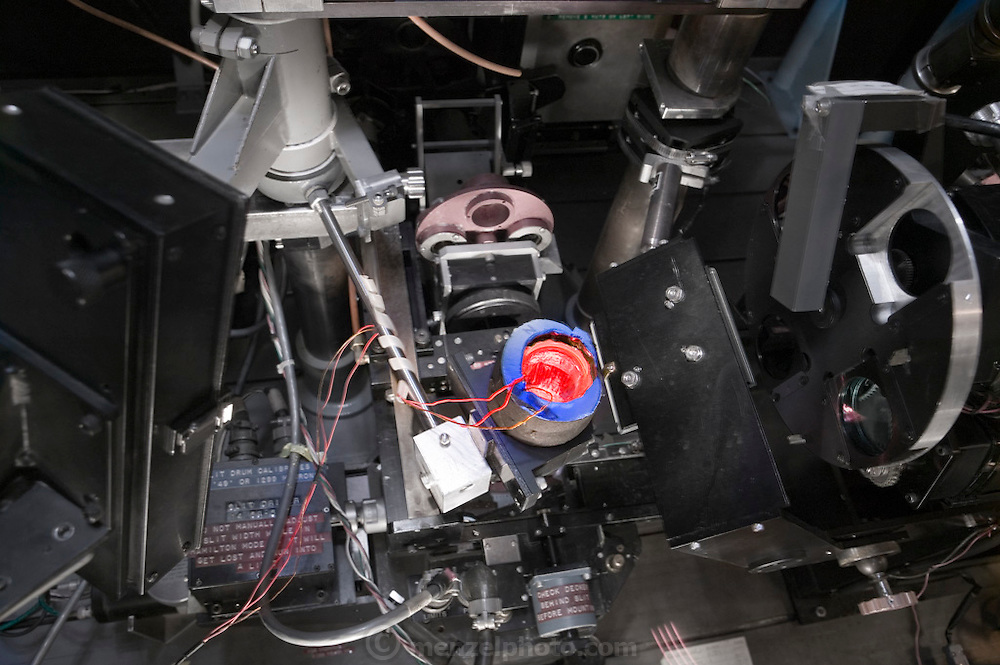