Corey Wilson and John Wilson, members of the Dinosaur Cove excavation team cool off in a rock tide pool after drilling holes in the working face of the mine to allow explosives to be placed. The explosives are used to dislodge large pieces of rock, which are then removed and checked for fossil remains. Dinosaur Cove, near Cape Otway in southern Australia, is the world's first mine developed specifically for paleo-ontological excavations. MODEL RELEASED [1989] 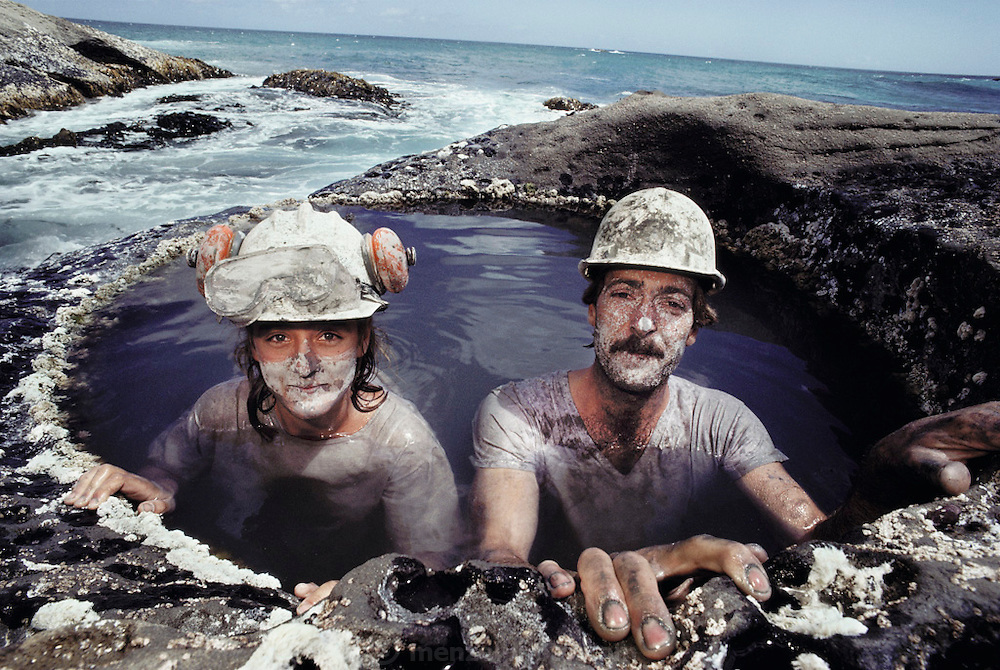