.Before the family broke the news to Pai that she was to marry her cousin, Baba, the imam, elders and other men of the family pray at the marriage agreement. According to custom, Pai will not know about the marriage arrangements until the morning of the ceremony. The couple will then spend the day apart, Pai weeping openly over the loss of her childhood. (Supporting image from the project Hungry Planet: What the World Eats.) The Natomo family of Kouakourou, Mali, is one of the thirty families featured, with a weeks' worth of food, in the book Hungry Planet: What the World Eats. 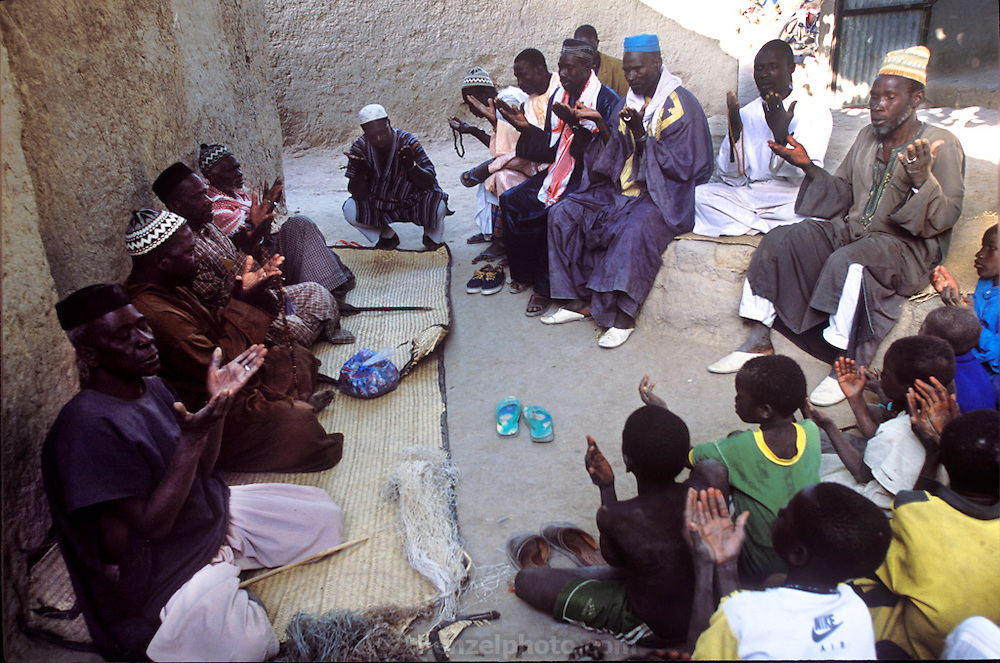