Proton decay experiment to determine the ultimate stability of matter. Dr. Narasimham. Gold mine at Kolar, site of India's proton decay experiment. The experiment consists of 150 tons of iron tube arranged in a cubic layout 6000 feet (1828 meters) below ground. Each tube is converted to act like a large Geiger counter, and is designed to detect the products from the decay of a proton. The half- life of the proton is estimated at 10 to the power 34 years, so the experiment has to contain as many protons as possible for the probability of an event occurring to be realistic. India. MODEL RELEASED (1985) 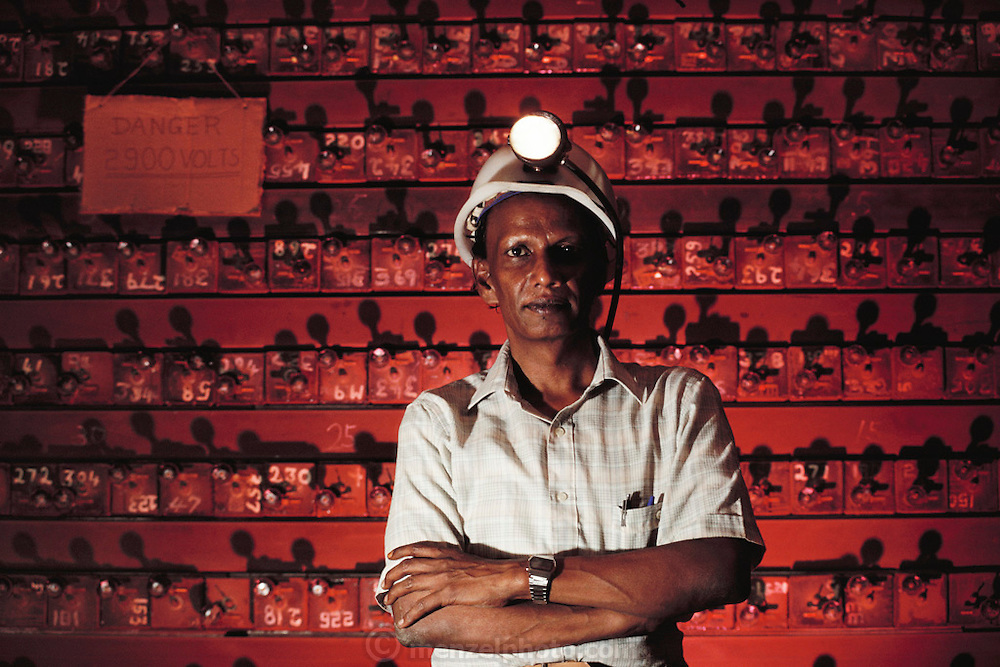