(MODEL RELEASED IMAGE). Squatting before the fire, D'jimia Souleymane stirs a pot of aiysh, the thick porridge that her refugee family eats three times a day. Even when they lived in their village in the Darfur region of Sudan though, aiysh was the mainstay of every meal, along with a thin soup. This is also the traditional meal in central and northern Chad. (From a photographic gallery of kitchen images, in Hungry Planet: What the World Eats, p. 54) 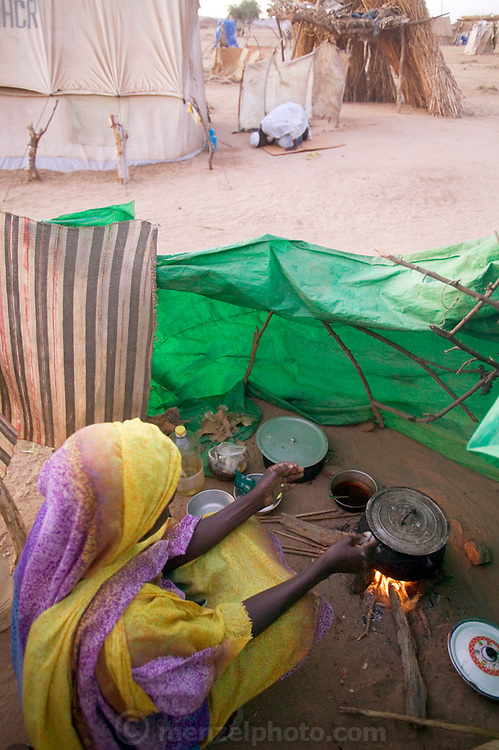