First generation AIBO robot pet. Although they say it is only a robotic pet, the Nozue family in Yokohama acts like it is a member of the family. This is especially true of Mr. Nozue. During our two-hour Sunday morning visit, the family began by explaining that they had bought the Aibo through a nationwide lottery draw. They had wanted a real dog but their apartment building rules do not allow real pets so Mr. Nozue accessed the Sony site from work and applied for the lottery. His wife, Yoshini, says she never expected that they would actually buy the robotic pet because of the expense involved, they paid $2,500. AIBO is Japanese for buddy. Sony Corporation manufactures the robot. Photographed at the home of the Nozue family, Yokohama, Japan.. 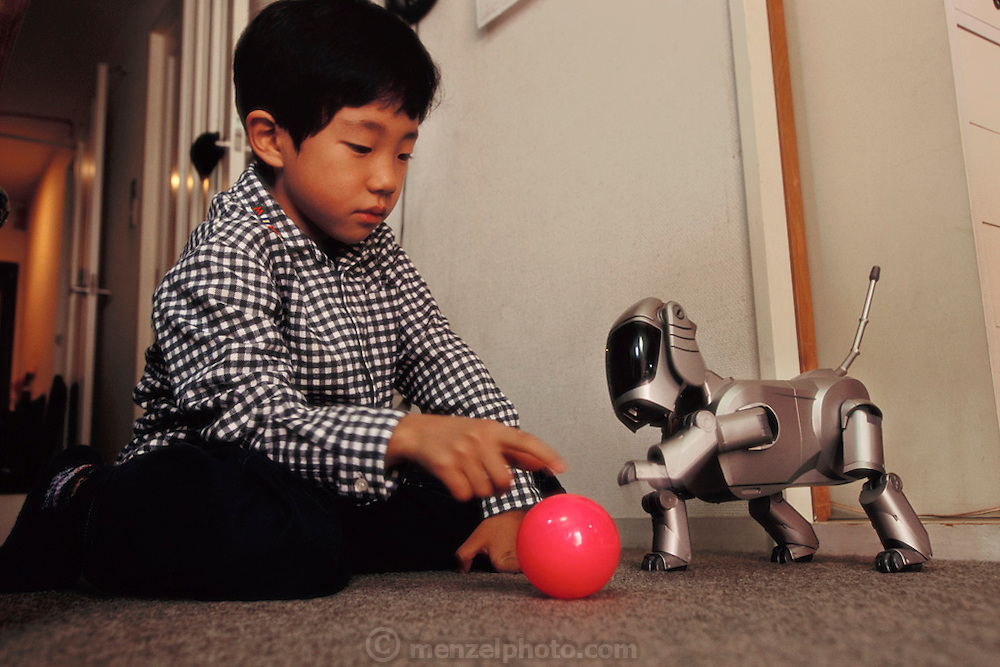