An opal miner displays a handful of opals. Opal is a form of hydrous silicon oxide. The stones are conglomerates of microscopic spherical particles - opal is never found as a true crystal. The blue/green and dark blue forms seen here are considered to be precious. Opal has a beautiful colored luster due to the varied dispersion of light from its structure. Opal may also be seen in fossils, where it replaces the organic matter (especially bones) in buried remains. These stones were photographed at Lightning Ridge in Australia, the world's most important source of precious opal. [1989]. 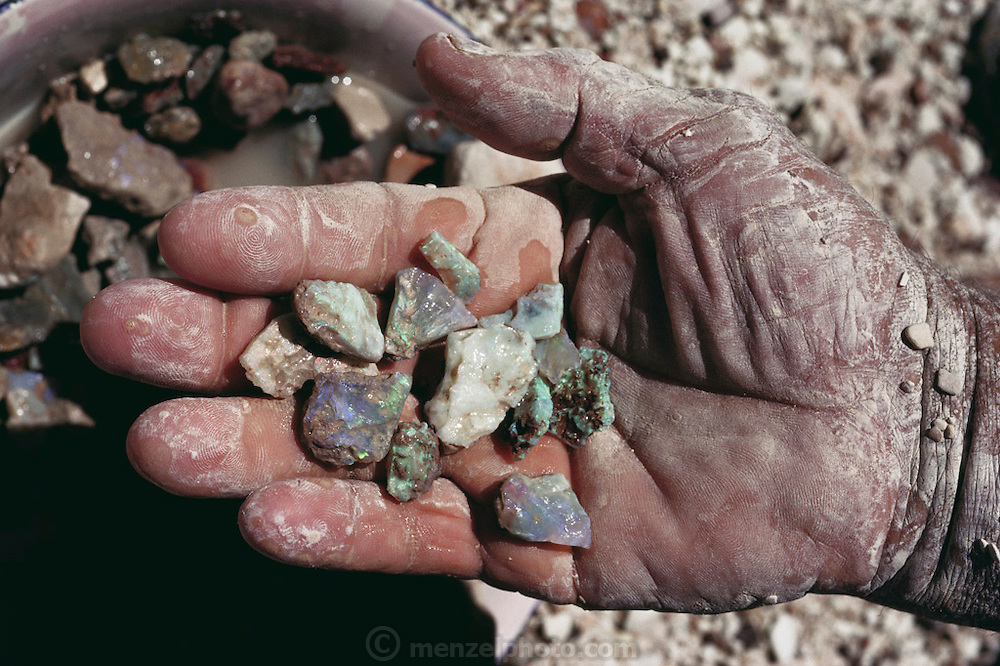