Even someone who believes that in the future most humans will become the slaves of all-powerful machines has to have a laugh sometimes. Why not have it with toy machines? Taking a moment off from his work at the cybernetics department at the University of Reading in the UK, Kevin Warwick (on left), author of March of the Machines: Why the New Race of Robots Will Rule the World, plays with Lego Mindstorm robots that his students have programmed to box with each other. The toys are wildly popular with engineers and computer scientists because they can be programmed to perform an amazing variety of tasks. In this game, sensors on the toys determine which machine has been hit the most. In his more serious work, Warwick is now trying to record his neural signals on a computer and replay them into his nervous system. From the book Robo sapiens: Evolution of a New Species, page 222-223. 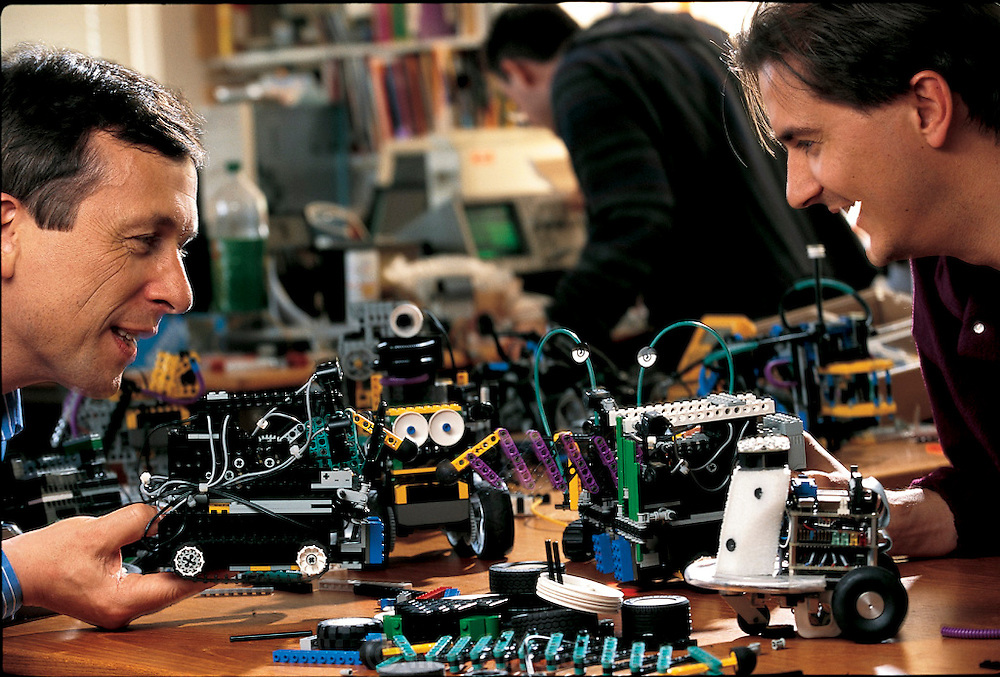