Physics: Stanford Linear Accelerator Center (SLAC). Main complex. (1986) 3. 2 km (2 mile) long linear accelerator at the Stanford Linear Accel- erator Center (SLAC), California. The end at which the electrons start their journey is in the distance; the experimental areas where the accelerated electrons are smashed into targets, or used for further acceleration in electron-positron Colliders, is in the group of buildings seen here. The giant red- roofed building in the experimental area is End Station A, where the first evidence of quarks was discovered in 1968-72. .Stanford Linear Collider (SLC) experiment, Menlo Park, California. With a length of 3km, the Stanford Linear Accelerator is the largest of its kind in the world. The accelerator is used to produce streams of electrons and positrons, which collide at a combined energy of 100 GeV (Giga electron Volts). This massive energy is sufficient to produce Z-zero particles in the collision. The Z-zero is one of the mediators of the weak nuclear force, the force behind radioactive decay, and was first discovered at CERN, Geneva, in 1983. The first Z-zero at SLC was produced on 11 April 1989. 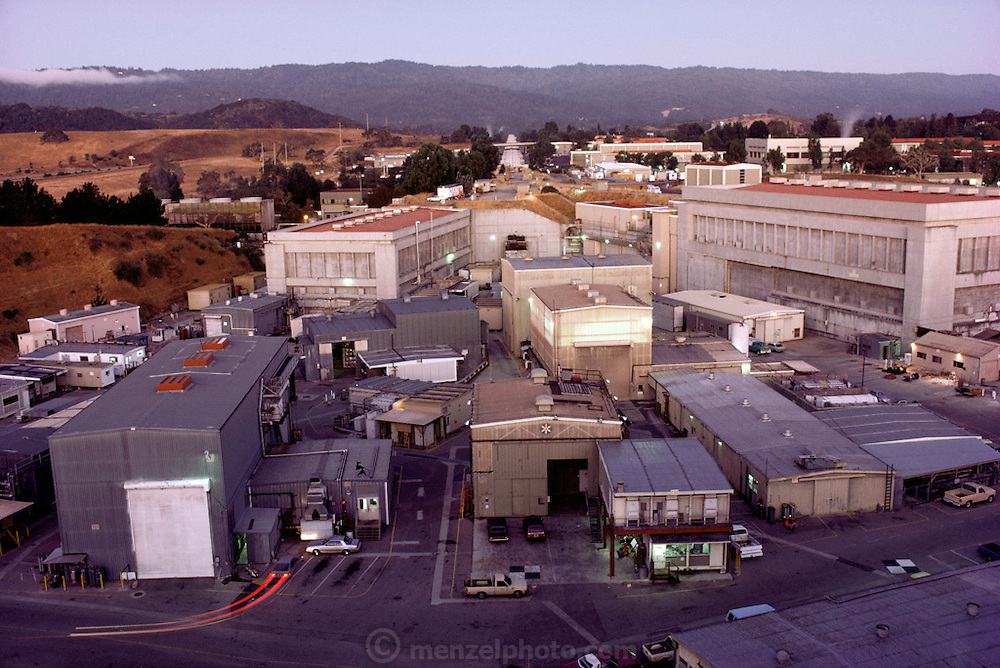