Physics: British theoretical physicist Professor Peter Higgs seen in Holyrood Park overlooking Edinburgh, Scotland (b. 1929). In 1964, Higgs predicted the existence of a new type of fundamental particle, commonly called the Higgs boson. This particle is required by many of the current Grand Unified Theories (or GUTs), which hope to explain three of the fundamental forces (electromagnetism, the weak & the strong nuclear forces) in a single unified theory. The Higgs boson is yet to be detected experimentally, but it is one of the main challenges of high-energy particle accelerators now being built. Higgs is professor of theoretical physics at Edinburgh University. MODEL RELEASED [1988] 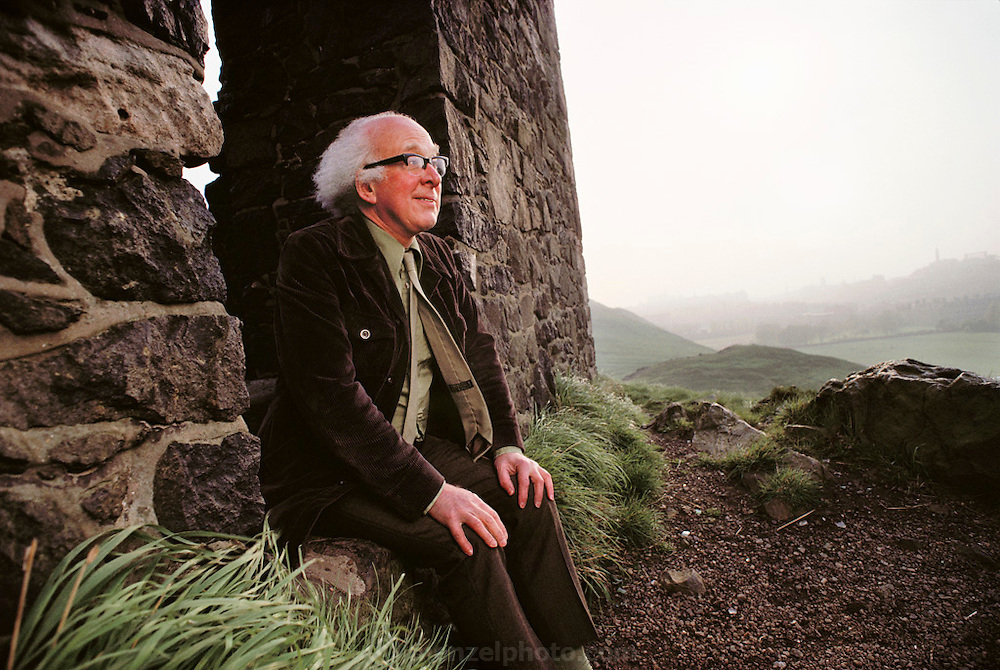